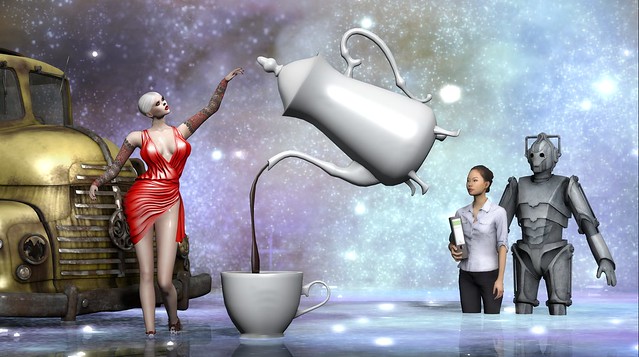 So it’s no wonder that the other two “life forms” in this picture are feeling a little bit put out!! 😀

Tableau Vivant \\ Lelutka HB 07 … made by M4ri1yn Magic.
This parted hairbase is available now at the latest round of KUSTOM9, which is open from September 15th to October 9th. NEW.
KUSTOM9

Cyberman … made by Ricblas Ferraris. Purchased at the current round of eBento, which is open from September 11th through until September 30th. NEW.
eBento

Pose is GP Sunlight 9 … made by GlitterPoses Resident.