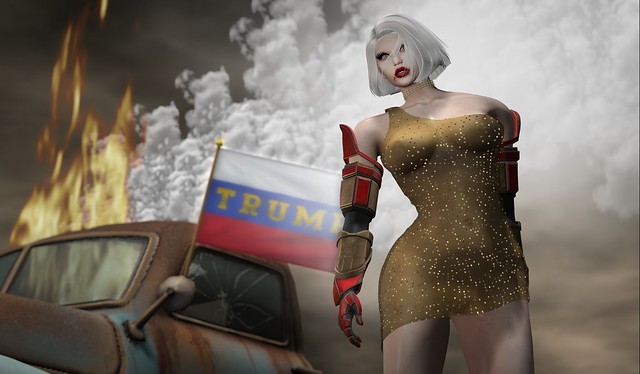 For decades, Americans could remember previous generations with reverence. The Greatest Generation freed Europe and established the liberal world order. The Silent Generation helped them build post-World War II prosperity and battle international communism. And the baby boomers had their moments, mostly long past: marching for civil rights; speaking out against an endless war; revolutionizing the culture. But when their children and grandchildren look back at the boomer legacy, “reverence” is not the word that will come to mind.

A new Post-Kaiser Family Foundation poll gauged how U.S. teenagers feel about climate change. Nearly all — 86 percent — believe in the near-unanimous conclusions of the scientific community. Fifty-seven percent of teens say climate change makes them feel afraid. Fifty-two percent feel angry. Forty-three percent feel helpless. Only 29 percent feel optimistic. Anger, fear, helplessness: These are the sorts of feelings so many of the nation’s recent leaders — and those who elected them — will increasingly elicit.

Millennials and Generation Z were raised with climate science. And even for those who weren’t, the Earth’s changes will get ever harder to ignore. Experts reckon that the planet is currently on the path to warm 3 degrees Celsius or quite a bit more by 2100. Even at 2 degrees of warming, the consequences would be severe. Pest-borne disease would be far more widespread. Heatwaves would be longer, more intense and more deadly. Droughts would last longer. Coastlines would flood. Species would die out. Climate “tipping points” (for example, permafrost melting and releasing vast quantities of new greenhouse gas emissions) could be reached that would make the warming more extreme.

“That’s the way it should be,” some conservatives might say. In its most compelling form, conservatism counsels against ambitious reform and for the preservation of economic arrangements, social structures and mores to which people had become accustomed, because trying to sweep away too much, too quickly, results in backlash, disorder and civil conflict — more harm than good. In this view, steady evolution in policy and culture, in part via generational change, is preferable to rapid, large-scale reform. Ascribing this instinct to conservatives who oppose acting aggressively on global warming is one way to give them some benefit of the doubt that they are not knowingly and selfishly condemning future generations to climate hell.

But this logic fails in the face of an issue such as imminent climate change. Though millennials and younger generations will eventually have their opportunity to govern the country, the problem will be ever more severe. The planet does not care about conservatives’ concerns about national reform or President Trump’s inability to think rationally. It will change while they dither and deny. They are assigning to others the task of more rapid, more radical change. That is why so many opponents of acting on climate change prefer to play down or deny the climate threat.

What is the point of politics — of life, even — if not to leave a positive legacy for future generations? Not every issue so clearly implicates such big questions, in part because not every issue offers such a clear distinction between right and wrong, responsible and irresponsible, reality and reality denial. But climate change, the greatest self-imposed long-term threat facing humanity, offers that clarity. Today’s youths will curse their forebears for failing to accept the truth.

Stephen Stromberg, “Why baby boomers’ grandchildren will hate them”, an opinion piece in The Washington Post.

Now, after that little bit of politics, here are my worn details from top to toe.

Tableau Vivant \\ Mariposa hair … made by M4ri1yn Magic. I am wearing this bob in a tone from the Black+White pack. Mariposa is available now at the latest round of Collabor88, which is open from September 8th through until October 6th. NEW.
Collabor88

[Glam Affair] Morgana Applier [ Lelutka ] 002 – 04 … made by aida Ewing.
This was a common item on the Glam Affair gacha at the October/November 2019 round of The Epiphany.

[Avenge] Sparkling Asy dress Maitreya – gold … made by AvengeStore Resident. Purchased at the previous round of Très Chic which finished on September 10th. NEW.