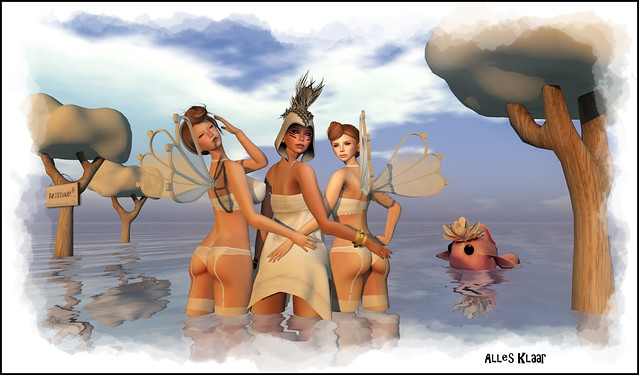 Just three sweet girls in the water at Black Kite. Please note that each of us is wearing parts of the Polly outfit by C.A. aka chocolate atelier. It’s new and is still on sale – if you’re quick – at a reduced price at the Funny Puppet Fair in Second Life. This event was supposed to finish on May 25th but as of midnight on May 26th (Second Life time) it was still open. If you miss the Polly outfit now it will be on sale in the chocolate atelier store afterwards but at a higher price. I think?

The Nina items (lingerie) which both Kirin01 and YukaChoco are wearing were an exclusive item for the Japan Fair 2014 in April 2014.

From left to right we are wearing the following:

Helmet – from the Silver Seraphin outfit by Boudoir. NEW.

[BP] The Fallen – War Paint … made by yasay Resident. Purchased at the current round of the Fantasy Gacha Carnival which is running through until June 3rd. NEW.

The pose we are using is KaTink – Summer Rhyme… made by AnneMarit Jarvinen. You can find the store location for KaTink in her Profile Picks. 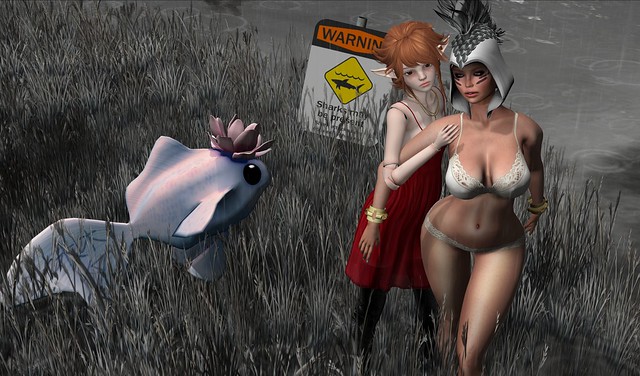 Cate – on the left is wearing this:

Hi Dear Heart! ❤
Here is the list. Here’s the stuff from the Adventures shoot:
xoxo
Cate
❤

The pose we are using is KaTink – Posh … made by AnneMarit Jarvinen. You can find the store location for KaTink in her Profile Picks. 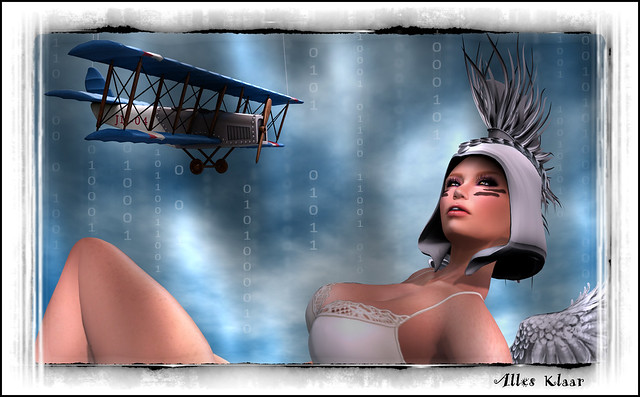 As promised a couple of Flickr posts ago, this is another ‘review’ of the WowMeh mesh avatar.

So what is Alles wearing in this picture?

Silver Seraphim outfit by Boudoir. NEW.
I am wearing the helmet and wings from this outfit.

[BP] The Fallen – War Paint … made by yasay Resident. Available as a gacha item at the current round of the Fantasy Gacha Carnival, which runs through to June 1st. NEW. 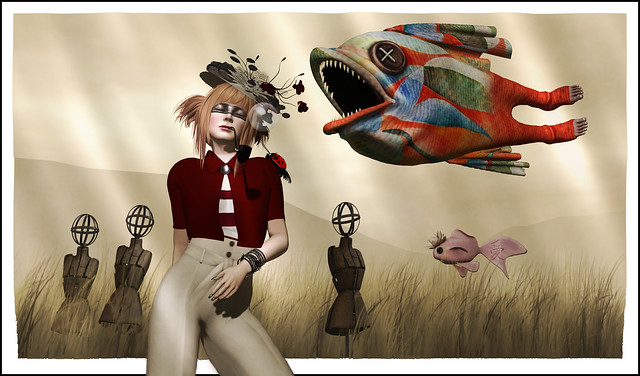 The base image was shot at Anita Witt’s Dryland SIM. I have tweaked the raw picture a bit in Photoshop, which included giving it a frame which mad it look like Cate is actually outside the image.

And what goodies is Cate wearing:

RO – Dress Form – Materials … three of them in fact. This was a recent group gift from Remarkable Oblivion and is probably still available in their store. 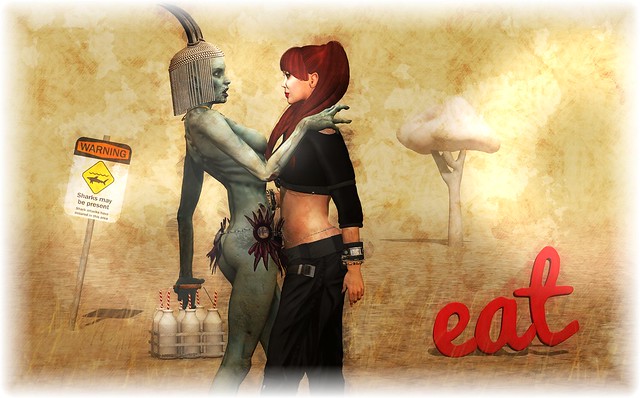 Shape: Jazzy Serra (my own) 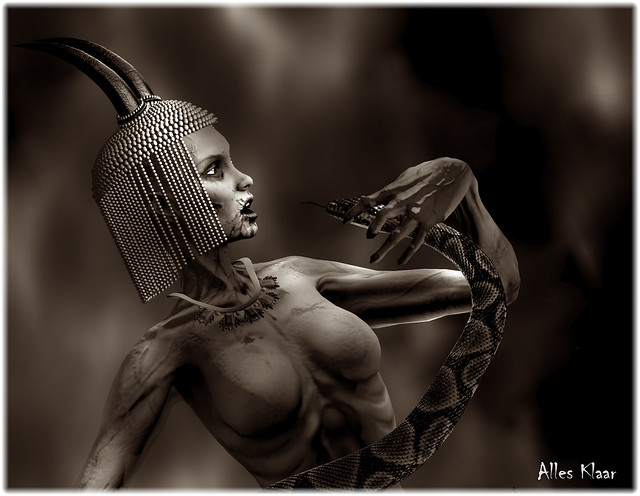 Just a quick post as Alles isn’t really wearing much at all in this picture!!

So what am I wearing?

Pure Poison – Seth Headress … made by Shaleene Kenin. Available now at the Fantasy Gacha Carnival which is running until June 3rd, 2014. The Seth Headress is one of five items in Die Horner Collection. NEW!
http://maps.secondlife.com/secondlife/Acerbus%20Silva/105/187/52

Zombie Sadie – Body … made by Alexandria Linden. NEW!
And it’s in your Second Life inventory.

The Zombie Sadie avatar also includes Hair and a Skirt, neither of which I am wearing in this picture. Plus the Invisible Avatar (alpha layer), Female Base Shape, Blank Eyes and Blank Skin are also separate items to be worn with the Body.

Serpent8 – Diesel Works … made by Rogan Diesel. I’m actually “sitting” on the snake and edited our position a bit so it looks like Alles is about to bite it! 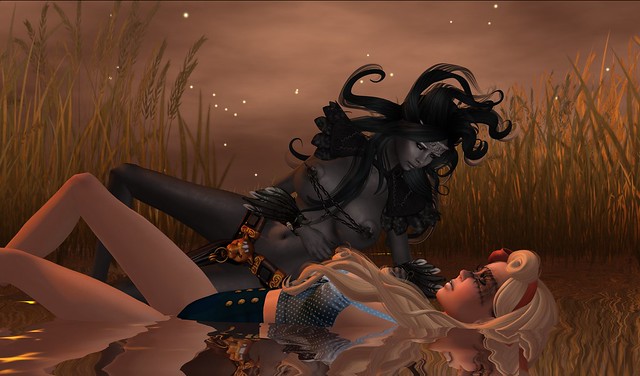 Shot at Black Kite (but away from the crowds) this is YukaChoco Magic and myself in somewhat contrasting attire.