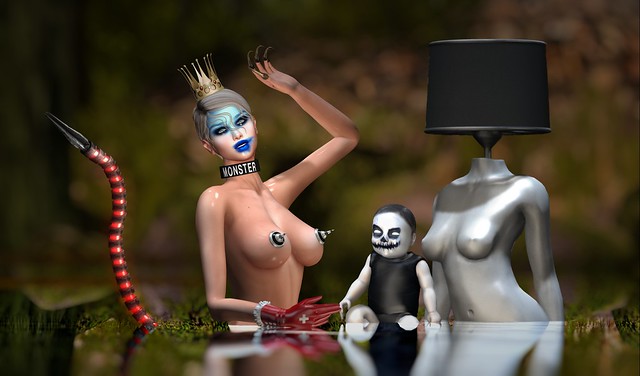 Anyhoo, these are my worn details from tip to er, middle!

Baiastice_xxx-Crown-Gold … made by Sissy Pessoa.

: Amorous : Die Schlacht (Nipple Covers/Spine) … made by Matchbook Monday.
I purchased these spiky items in February 2013 – but sadly no longer available.

22769 – Little Glowing Girlfriend – white … made by Paco Pooley.
I purchased this Copy object at the monthly Kink(Y)Event way back in July 2017.