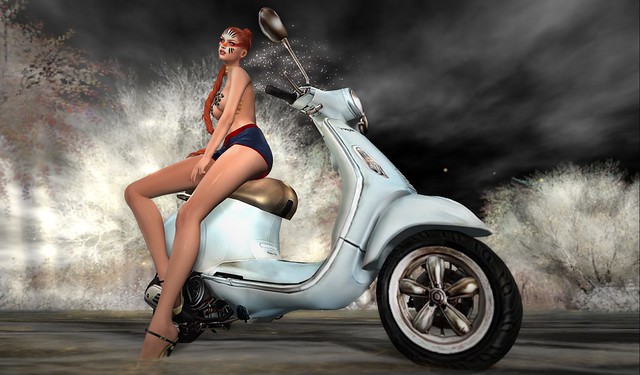 Because I’m sitting on a Vespa … naturally!! 😀

As for her worn details, this is how Alles is kitted out today – in the swamp!

The pose/prop that I have used is Amitie My Blue Vespa … made by BELEN Ackland. Purchased at the latest round of Shiny Shabby, which is open from September 20th through until October15th. NEW.
Shiny Shabby – Amitie Poses