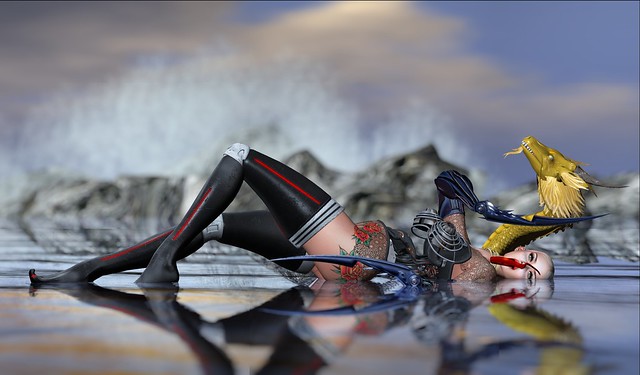 The pose that I have used is GingerFish Poses – Lush 2 … made by Tracy Redangel. However this was lightly edited inworld by using my Animare HUD.