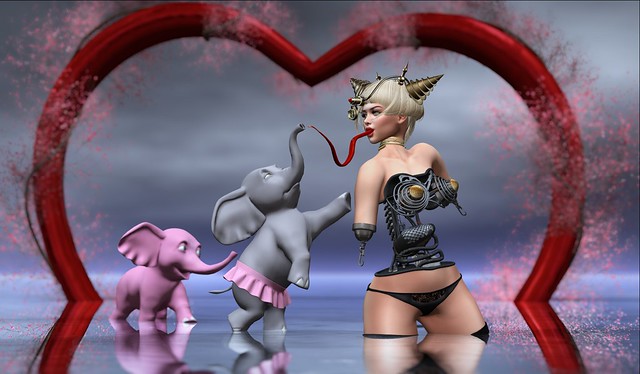 An elephant goes like this and that.
He’s terribly big and he’s terribly fat.
He has no fingers and has no toes but
goodness gracious, what a long nose!

I guess most of us know that rhyme from our early childhood and for a while when my oldest son was about three years old, he thought even thought that “hey-dee” was the name for all elephants. Those days have sadly long since gone – after all he’s a grown man now – but I think that all of us still maintain the love we had for elephants that was present from that very early age.

But moving on along, this is how Alles is kitted out today.