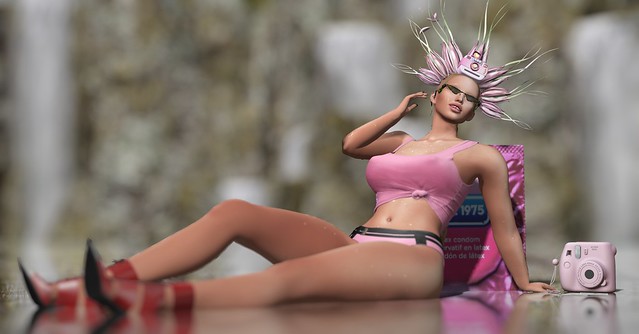 Because a glass of pink champagne would just make my day!! 😀 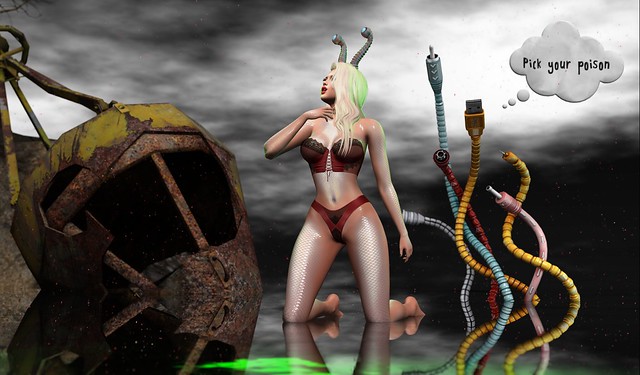 And thank goodness I didn’t drink a lethal dose, of course!! 😀

So, this is how Alles is kitted out for today’s fashion performance.

[Since1975] Alien Head Accessories … made by ocean Craft.

Tableau Vivant \\ Abigail hair … made by M4ri1yn Magic. I am wearing this “one-sided” hair in a tone from the Blonds pack. Abigail is available now at the current round of KUSTOM9, which is open from February 15th until March 10th. NEW.
KUSTOM9

Buoy A – damaged (yellow) … made by Eduardos Ducatillon. (It’s actually part of the Everwinter SIM).