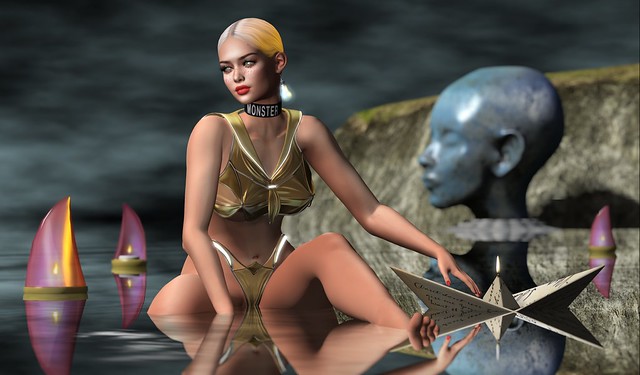 The four floating candles in this scene may look like boats but as my blog title quite clearly states, there’s “not a ship in sight.” 😀

So what is Alles wearing today, you ask?

{WitchCraft Luciferia Bento Shape … made by WitchCraftxoxo Resident.
Purchased at the Necrosis Event, which is open from January 31st through until February 14th. NEW.
Necrosis

And the cliff in the background is made by Sasaya Kayo.

Pose is GingerFish – Summer Samba 6 … made by Tracy Redangel. But substantially altered by moi. 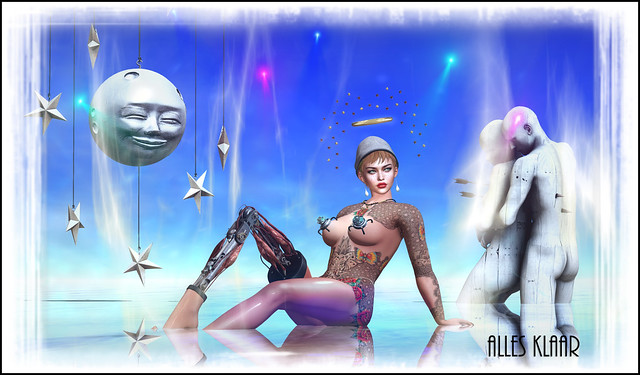 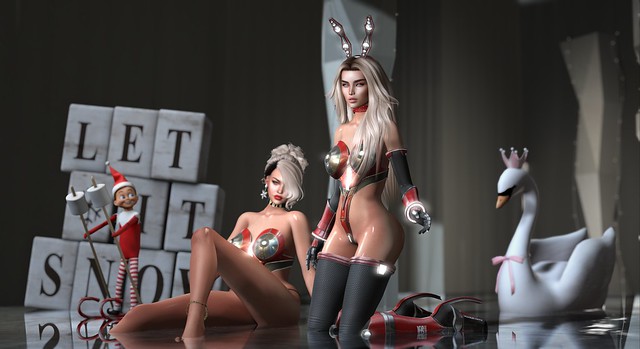 And an elf on skis as well … naturellement !! 😀

Tableau Vivant \\ Hope hair [mirror] … made by M4ri1yn Magic. I am wearing the Hope hair in a tone from the Blonds pack. Hope was first available at the December 2018 round of Collabor88 but can now be found instore at Beauty Avatar Couture.
Hope @ Tableau Vivant Mainstore

Exile:: Angelina … made by Kavar Cleanslate.

ACORN Let It Snow Blocks … made by Lulu Rage.

Which if your Czech language skills are up to speed you would instantly recognise as being the translation of “On the Golden Pond”, which is after all a very apt description of the scene that Alles has immersed herself in for this blog post.

And what does the Czech language have to do with this post? Well, the word ahoy, which has been typed onto the paper in front of me, is a Czech form of saying “hello”! 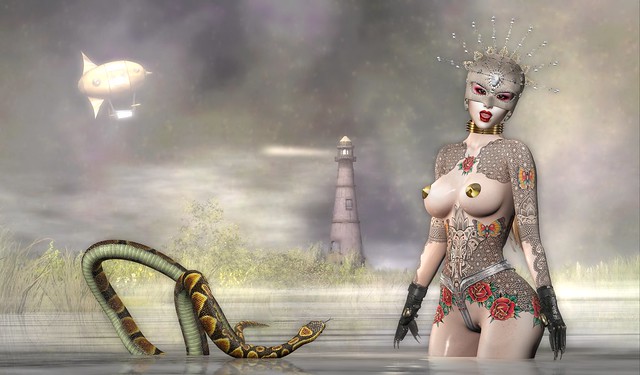 Well, I decided that I wanted to wear a much, much lighter skin tone naturally!! 😀

Kei’s Flying Machine PG … made by

The pose that I have used is Purr Pose 4 [m] … made by Ni Avril. As I mentioned on Flickr, Lyrium Poses is having a 50% off sale right now – until November 15th.
Lyrium Poses 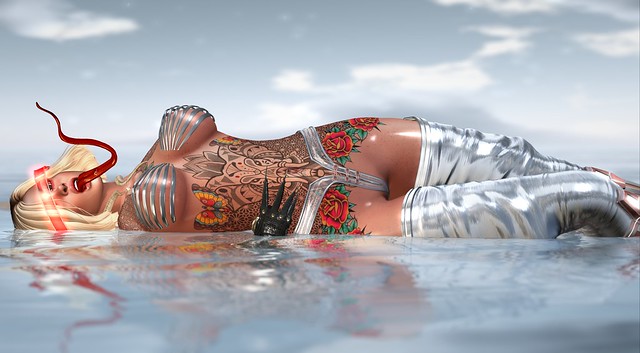 MINA Hair – Caty (unrigged) … made by Mina Nakamura. I am wearing this medium length bob hairstyle in a tone from the Blonds pack. There is also a rigged version of this hair available with each purchase. The Caty hair was available at the previous round of FaMESHed, which finished on October 27th. NEW.

+ Aka shita Tongue size S + {egosumaii} … made by DevilAii Resident.
This was originally purchased at the Baroqued Orientilika event in March 2019, however you can now find if downstairs at the Aii & Ego Main Store in Mai Tai.
Aii & Ego Main Store, Sphere of Nuvaria 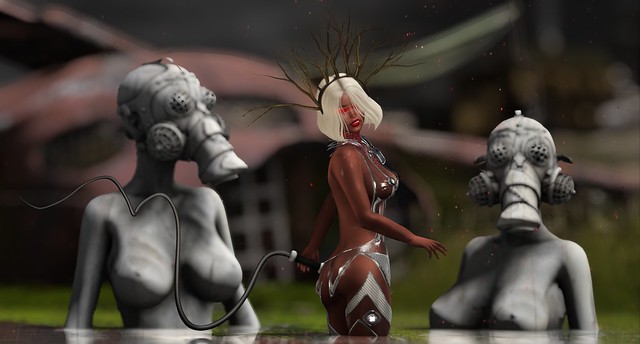 Pose is Amitie Whip 04 … made by BELEN Ackland.