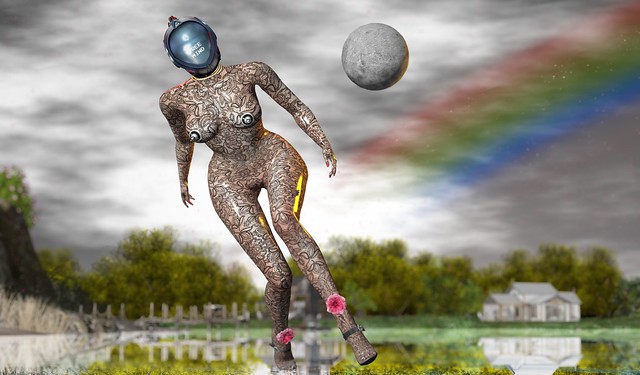 That’s my message to Planet Earth, of course!! 😀

BBK: Lousia Black BOM … made by floreyan Resident. This is an all-over body tattoo which kinda looks like a wispy bodysuit also. Purchased at the current round of eBENTO, which is open from August 11th through until August 31st. NEW.
eBENTO

: Amorous : Die Schlacht (Nipple Covers/Spine) … made by Matchbook Monday.
I purchased these spiky items back in February 2013 – sadly no longer available.