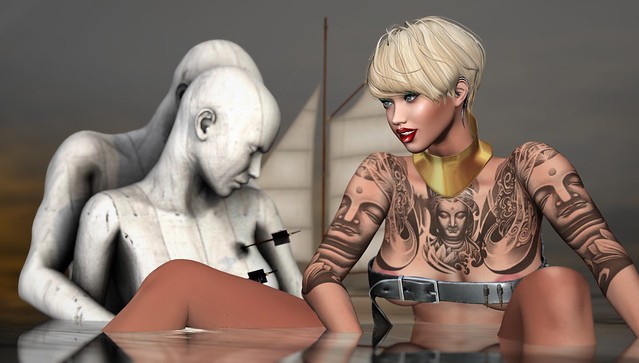 Anyhow, this is the kit that I am wearing today.

– shanghai – Divine Gold Collar … made by ShanghaiSL Resident.
This is part of a Divine Rose Set that I purchased at the current round of Collabor88, which is open until July 6th. NEW.
Collabor88