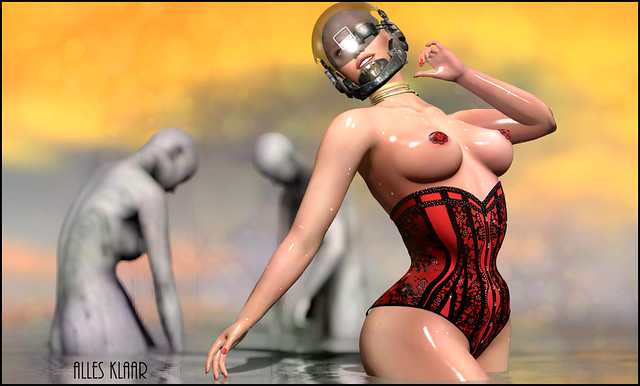 AZOURY – Yakamoz Helmet … made by Aniki Seetan. The Yakamoz helmet is available at the CyberPunk Fair, which is open from May 8th through until May 30th. NEW.
CYBERPUNK FAIR 3rd Edition

SPIRIT – Dorka glitter [M.Lara] … made by Spirit Osmus. Worn on right hand. Purchased at the August/September 2020 round of Collabor88 but