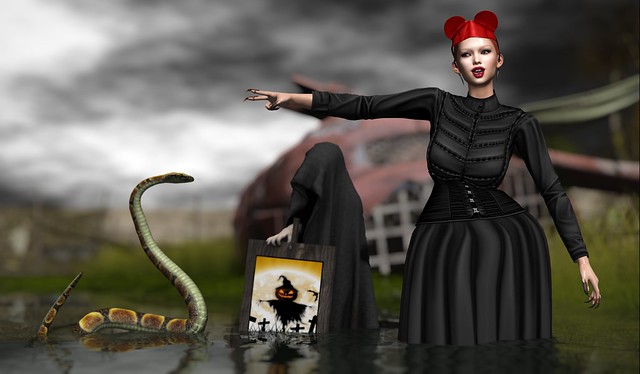 + Open Mouth animation + {egosumaii} … made by DevilAii Resident.
This is part of a combo that was originally purchased at the Baroqued Orientilika event in March 2019, but is now downstairs at the Aii & Ego Main Store in Mai Tai.
Aii & Ego Main Store, Sphere of Nuvaria

POISON ROUGE Liens Demi-Lune – Black (maitreya) … made by Shena Neox. Purchased at the latest round of Très Chic, which is open from February 17th through until March 10th. NEW.
Très Chic

The pose that I have used is Ana Poses – Catania 3 … made by Fanny Finney.