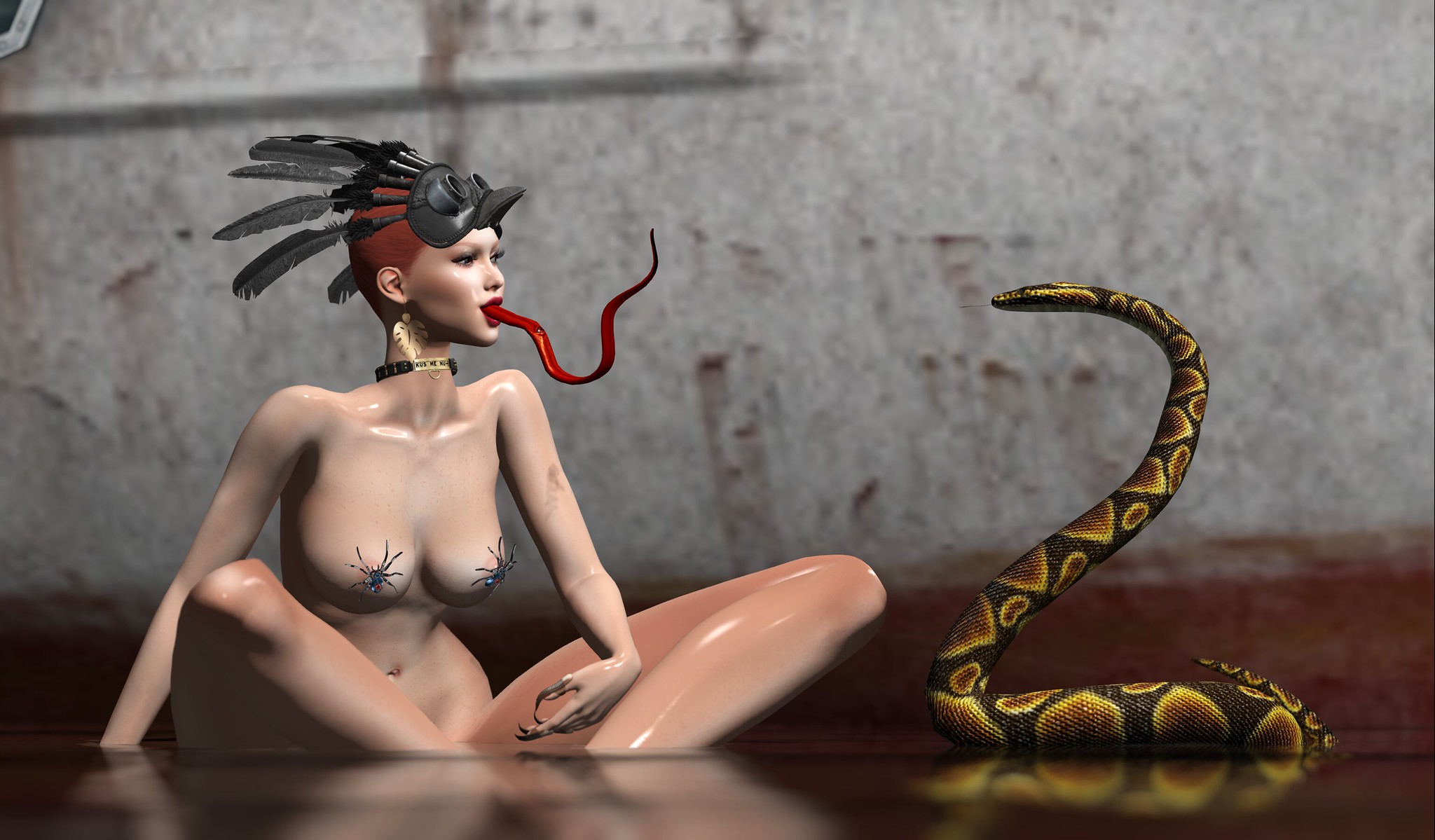 Which is fine … as long as we don’t intertwine them, of course!! 😀

And so, this is how Alles is kitted out today.

AZOURY – Haliaeetus beak/Helmet … made by Aniki Seetan. The Haliaeetus helmet and an accompanying mask are available now at the current round of the Cosmopolitan Event, which is open from January 25th through until February 6th. NEW.
Cosmopolitan Event

Lilo’s FIT – Shape GENUS [Maitreya V.3] Chelsie … made by taliacrista Resident.
I purchased this curvy shape at a huge discount rate as a Kinky69 promotion in August 2020 but sadly it has now gone back to its full price at the Lilo’s FIT store.
LILO’s FIT – Bento Shapes & Mimmi Makeup @ Sorens

**RE** Inked Collar – Female … made by crashnow Resident.

The sole prop that I have used is Serpent8 – Diesel Works … made by Rogan Diesel.

The pose that I have used is Boo’d Up silence5 … made by Lotus Mastroianni. Slightly modified by moi via the use of my Animare HUD – I moved my right arm behind my back. This pose is part of a Silence set that I purchased at the latest round of the MiiX Event, which is open from January 30th until February 20th. NEW.
Boo’d Up @ Miix Event