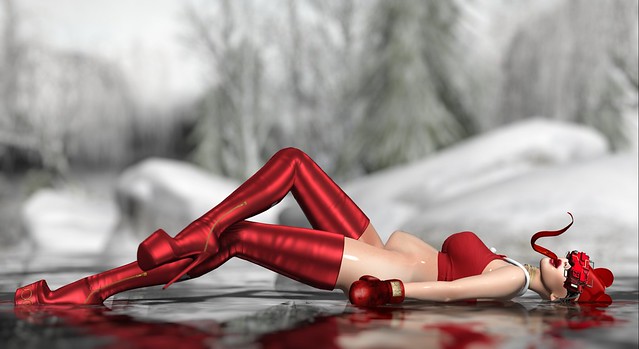 So with a view to a more fulfilling year ahead, this is how Alles is kitted out.

Labor Of Love Maternity Week 5&6 … made by Sakura Schlegal. I purchased this shape on Second Life MarketPlace in February 2018.

*CK* Christmas doll collar MAITREYA … made by Kaci Kohime. Purchased as part of a *CK* Christmas doll set CANDY that I got at the Tannenbaum Holiday Market on November 22nd, 2020. Sadly, this event closed on December 20th, 2020. NEW.

~[LeiMotiv] Devilish Long Boots – Maitreya … made by svetlana Ihnen. These long and sexy boots are currently available as a discounted Kinky69 item at the LeiMotiv store inworld until midnight on December 27th.
LeiMotiv @ Moonwall