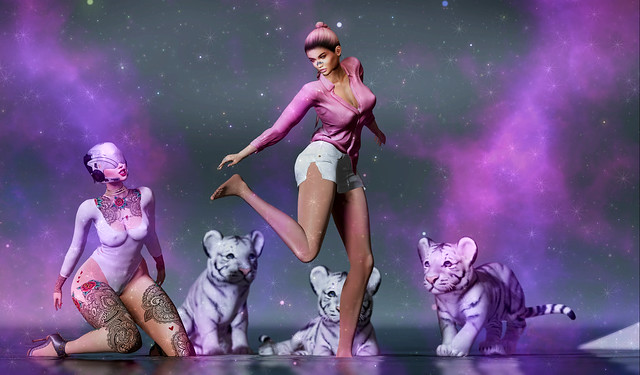 All four of us apparently, although I’m not quite sure what the three little snow tigers make of Betty’s legs … dinner perhaps? 😀

Baiastice_Suzy Outfit-Snow-Maitreya … made by Sissy Pessoa.
The Suzy outfit can be worn in two ways – simply as a bodysuit with sleeves, which is how I am wearing it, or with an add-on dress for more public occasions. Suzy is available now at the current round of Collabor88, which is open from December 8th through until January 6th, 2021. NEW.
Collabor88

BETTY – on the right – is wearing the following:

Stealthic – Verge (Headpart) … made by