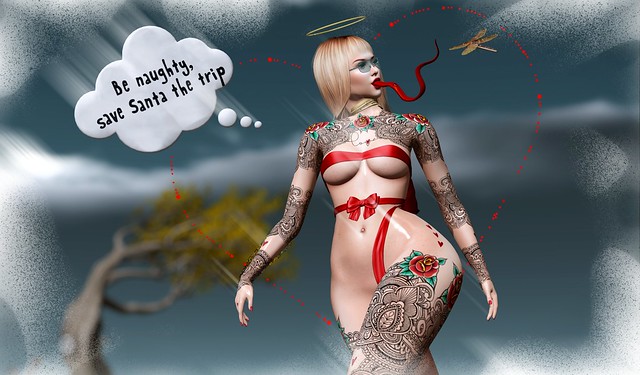 MINA Hair – Agnes … made by Mina Nakamura. Available now at the Santa Inc. event, which is open December 5th through until December 27th. NEW.
Santa Inc 2020

Bombshell Mary / Maitreya / Red … made by BombshellQueen Resident. Purchased at the latest round of Très Chic, which is open from December 17th through until January 10th, 2021. NEW.
Très Chic

The pose that I have used is Bauhaus Movement – Subtle Infestation 26 … made by LouLou Teichmann. This was slightly tweaked as I used my Animare HUD to move the position of my head.