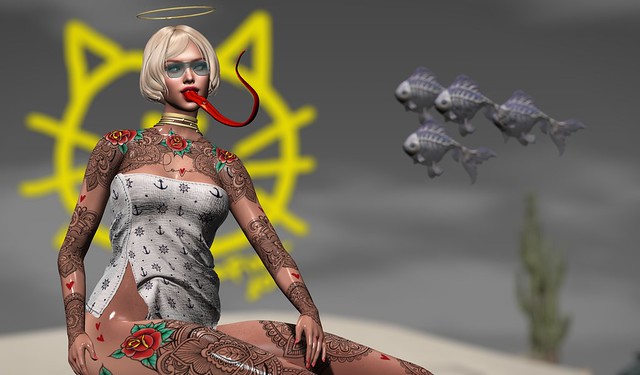 OK … it’s a terrible pun but this is my blog and I can burden this post with that moniker if I want to!! xD

Now, if you want to know my worn details you just have to read on below.

Tableau Vivant \\ Scilla hair … made by M4ri1yn Magic. I am wearing this super cute short hair in a tone from the Blonds pack. Scilla is available now at the latest round of KUSTOM9, which is open December 15th through until January 9th, 2021. NEW.
KUSTOM9