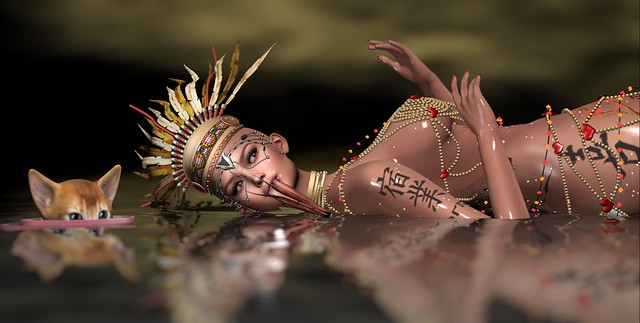 \-VALKYR-/ The Bifid Tongue … made by Antonio Vyper.

The sole prop I used is [BB] Kitten in Fall Rain Boot Decor 02 … made by Stasey Oller. Purchased as part of a set at The Outlet Infinity Event on November 16th. NEW.
[Black Bantam] @ The Outlet: A Seraphim Infinity Event

The pose that I used is shi.s.poses BENTO woman #60 … made by Shiva Rowley. However this pose had been loaded into a pose stand which I then tilted to 90 degrees (so I lay down horizontally) and then tweaked it a little further.