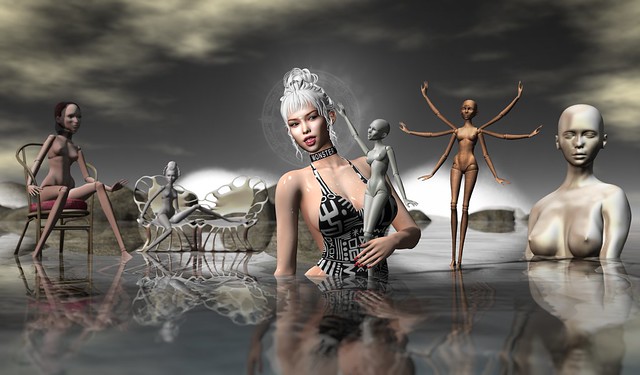 Well, that’s what sweet little Ondina assures me that she wants to do!! 😀

tram H0814 hair … made by moca Loup. I am wearing this “geeky girl” short hair in a tone from the HUD-B pack. Originally purchased at the August/September 2018 round of Uber but it is now available at the tram store at Minnaloushe.
tram H0814 hair @ Minnaloushe

.:Avanti:. Naja Swimsuit – 10 (Maitreya) … made by Intoxicate Resident.
Purchased at the current round of ACCESS, which is open from August 12th through until September 8th. NEW.
ACCESS