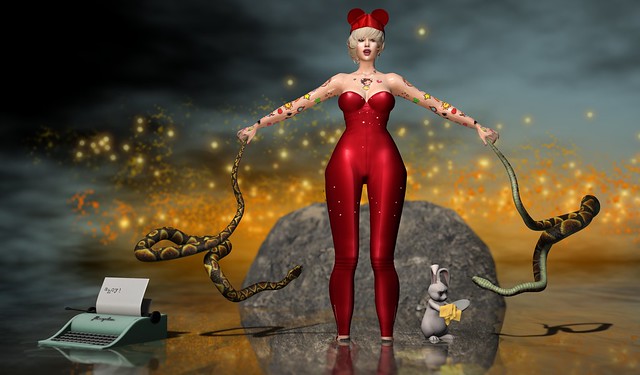 .Shi Hair : Machseh . LBlonde … made by Joy Laperriere. Purchased at the latest round of Uber, which is open from August 25th through to September 22nd. NEW.

Pop TaTToo Kawaii [CAROL G] Maitreya … made by Carolina Gaelyth. Purchased at the latest round of Uber, which is open from August 25th until September 22nd. NEW.

Baiastice_Cuckoo Suit-Red-Maitreya … made by Sissy Pessoa. The Cuckoo Suit and an accompanying Cuckoo Jacket are available now at the latest round of Uber, which is open from August 25th through to September 22nd. NEW.

Mutresse-Unconcerned-Helpful Bunny … made by Eeky Cioc. The Helpful Bunny set was first available at the March 2018 round of The Arcade Gacha but like other items from past gacha events they can now be found in the Mutresse inworld store.
Gacha Machines @ Mutresse