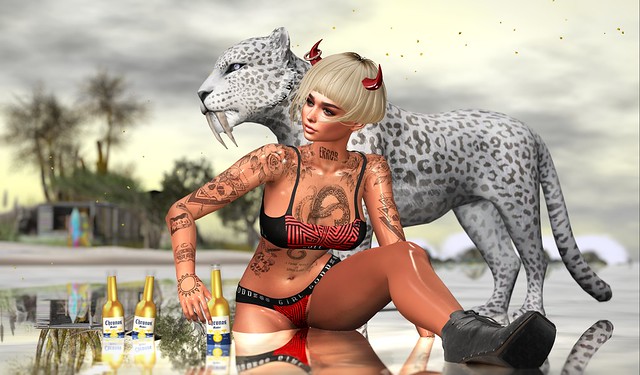 Persefona Sparkles AddON 1 … made by Persefona Resident.
These are worn on my chest and are from Persefona Fairy Butterflies (big pack 3).

220ML – Chronos Beer [Bottle Open] [HAND] x 3 … made by Jonas Acanthus.
These beauties have actually been rezzed by me rather than attached. This prop is probably unavailable now as it was a TCF group gift at the Fourth Anniversary round of The Chapter Four event, way, way back in May 2017.

The pose that I have used is Le Poppycock-Rose … made by Olivia Lalonde.