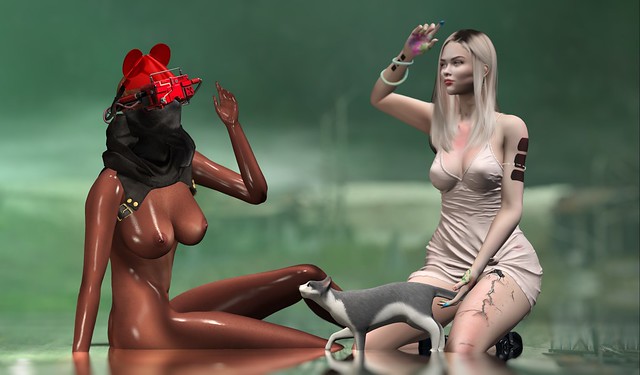 *:..Silvery K..:*Face and Neck Mask(Black) … made by gin Fhang. Purchased at the current Bad Lands round of the Aenigma Event, which is open until July 15th. NEW.
Aenigma – Bad Lands Round