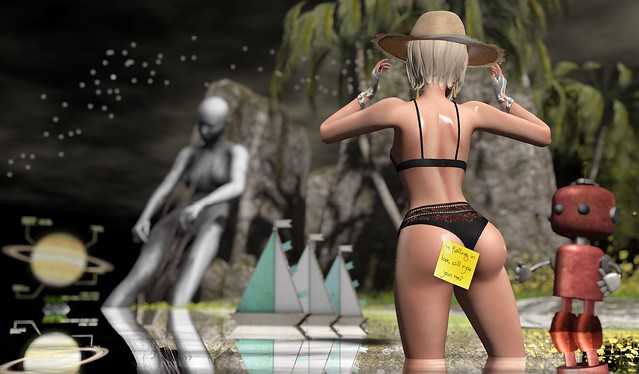 In this picture taken in the Wision SIM, Alles is kitted out in this fashion.

-FABIA- Mesh Hair :Chris: Blond … made by Meef Resident. The Chris hair was first available at the March/April 2020 round of Très Chic but can now be purchased inworld or on Second Life MarketPlace.
-FABIA- Mesh Hair -Chris- Blond

[ Lucky #7 ] Post-Me: Falling in love … made by Shortcake Sugarplum.

The pose that I have used is Amitie Sun Hat Pose 03 -Add Me … made by BELEN Ackland.