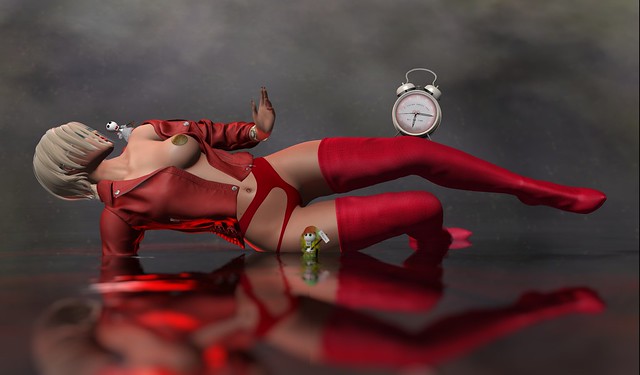 Or something to that effect!! 😀

In this brave new world, young Alles is wearing the following kit.

-FABIA- Mesh Hair Blond … made by Meef Resident. Purchased at the latest round of the Très Chic event, which is open from March 17th through to April 10th. NEW.
Très Chic

RUST REPUBLIC [basis] panties red (maitreya) … made by Adelaida Coy. This is the bottom half of a two-piece set that I purchased at the very latest round of the Très Chic event, which is open from March 17th through to April 10th. NEW.
Très Chic

Baiastice_Gio Stretch Boots-All Colors-Maitreya … made by Sissy Pessoa.
The Gio boots are available now at the current round of Collabor88, which is open from March 8th through until April 6th. And naturally so as to maintain my colour set, I am wearing them in red from the All Colors pack. NEW.
Collabor88

{what next} Hearts Alarm Clock (ivory)