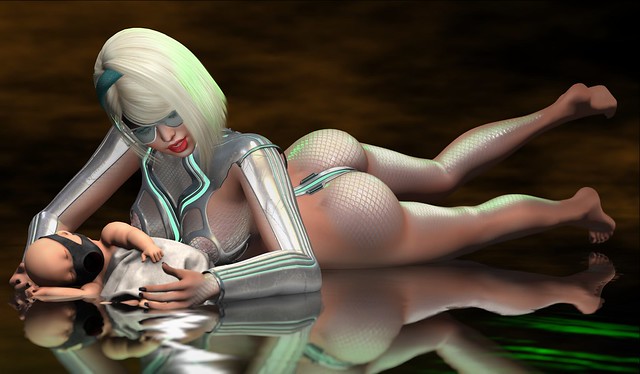 Exile:: Gwen … made by Kavar Cleanslate. Purchased at the latest round of Collabor88, which is open from March 8th through until April 6th. NEW.
Collabor88

r2 A/D/E sayori[Silver]Maitreya … made by rei2 Aya. Available now at the latest round of Collabor88, which is open from March 8th through until April 6th. NEW.
Collabor88

The pose that I have used is GingerFish Poses – Lush 3mirror … made by Tracy Redangel but this was modified by moi inworld by use of my Animare HUD.