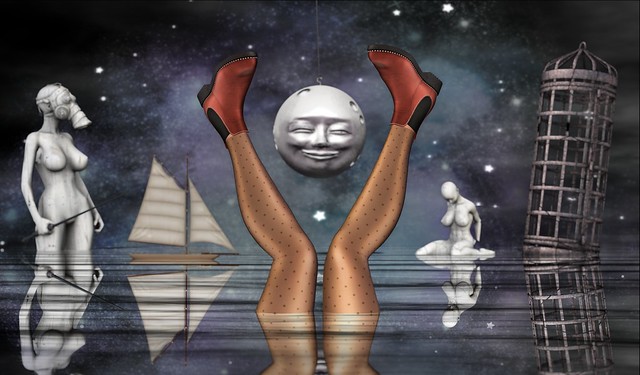 Although if I had some scuba gear at this very moment in time and space it would be even better – of course!! 😀

And this is what Alles – or what you can see of her – is wearing in a far-off galaxy.

Baiastice_Esma Chelsea Boots-All Colors-Maitreya … made by Sissy Pessoa.
The Esma Chelsea boots are available now at the latest round of the Belle Event, which is open from February 20th through until March 16th. NEW.
Belle Event

AF Ralph’s Boat … made by Apple Fall (aka warehousefifteendesigns Resident). This cute decorative object is Copy/Modify and was purchased on MarketPlace in March 2015.
AF Ralphs Boat

NOMAD // The Moon and His Friends A – Friendless