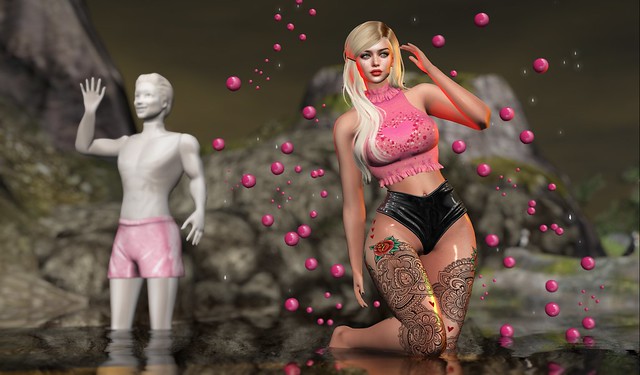 Well girls … wouldn’t you ignore him too? 😀

And this is how the lovely Alles is kitted out today.

Lamb. Lover (Large) … made by Lamb Bellic. I purchased the Lover hair in its FatPack variant at the latest round of FaMESHed, which is open from February 1st through until February 27th. NEW.
FaMESHed
OR
FaMESHed Too

{WitchCraft Luciferia Bento Shape … made by WitchCraftxoxo Resident.
Purchased at the Necrosis Event, which is open from January 31st through until February 14th. NEW.
Necrosis

Giz Seorn – ‘Cosima’ Ruffle Top [Love II] M-Lara … made by Giz Seorn. Please note that I am wearing this very cute top without its sleeves. The Ruffle Top is available now at the latest round of FaMESHed, which is open from February 1st through until February 27th. NEW.
FaMESHed
OR
FaMESHed Too

PlX / MENACE – SIMONE – Black Panties (Maitreya) … made by Adrioe Resident.
Purchased at the current round of equal10 event, which finishes on February 5th. NEW.
equal10

Amore TaTToo Color [CAROL G] Maitreya … made by Carolina Gaelyth. Purchased at the current round of Uber, which is open from January 25th until February 22nd. NEW.
Uber

The sole prop that I have used is CURELESS[+] Plastic Boyfriend Albert / Hi! … made by Kaorinette Resident.