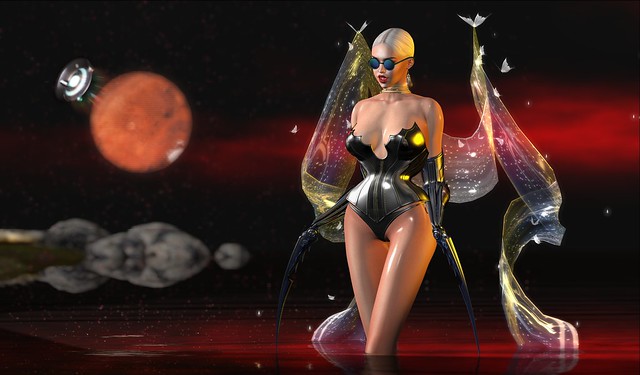 The ancient Romans worshipped a god of war … and I’m sure that in a previous life I must have been his mistress because I really do love the colour red!! 😀

And so, this us how Alles is kitted out today from top of her head to her nether regions.