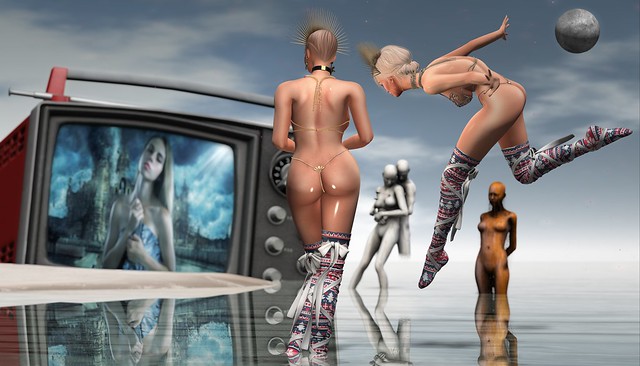 Or how does Elemiah stay aloft when she doesn’t have a set of wings?

Baiastice_Marry the night-Spike Headpiece Gold … made by Sissy Pessoa.
This is a common item on the Marry The Night gacha for Baiastice at the latest round of The Epiphany, which is open December 15th until January 5th, 2020. NEW.
The Epiphany

Caboodle – Ballerina Socks – Holiday – Maitreya … made by Erovi Resident.
The ballerina socks are a gift at the Caboodle “pop-up store” at the multi-region 2019 Winter Shop & Hop event, which is open December 13th to January 6th. NEW.

Both of our poses are by Flor Held … Flores Poses.