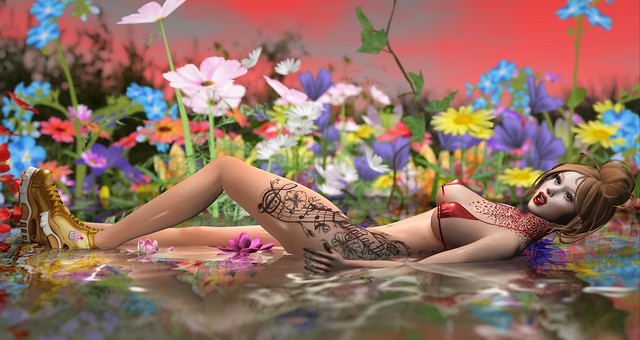 Well I am wearing a tattoo called Music after all!! 😀

FAKEICON / mary gems collar / red / maitreya … made by Titzuki Yuitza.
I purchased this gem-studded “collar” at the previous round of FaMESHed, which finished on October 27th. NEW.

The pose that I have used is FOXCITY. Late Night-2m (Fatpack exclusive) … made by Satomi Masukami. However, this pose was considerably modified by me inworld, as firstly I used at a 90 degree angle so I was lying down and not standing up and then I made further adjustments using my Animare HUD.