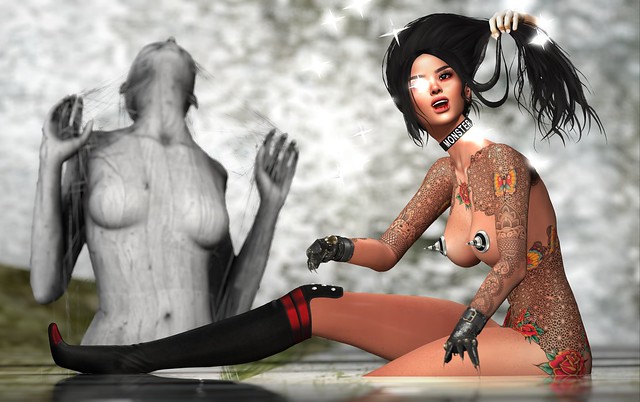 Well, if the hand had grabbed my breasts then it would have been in a whole lot more trouble!! xD

So, just how is “grabbable” Alles kitted out today? This is what she’s wearing.

Tableau Vivant \\ Handrew hair … made by M4ri1yn Magic. I am wearing this kinda whacky hair in a tone from the Black+White pack. Handrew is available now at the current round of Uber, which is open from October 25th until November 22nd. NEW.
Uber

#Foxy – Wide Velvet Choker ‘Monster’ (Gold) … made by Liza Broono. Purchased at the Shiny Shabby event way back in August 2016 but