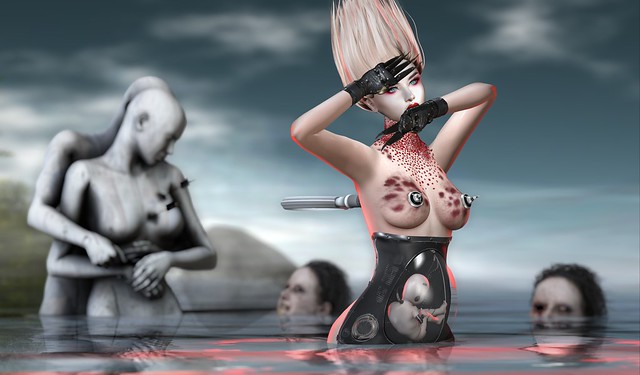 Because my need is desperate … as you can see!! 😀

Anyway, this is how pregnant Alles is kitted out from the top of head to her distended belly.

Tableau Vivant \\ Spooked! hair … made by M4ri1yn Magic. The Spooked! hair reminds me a bit of boxing promoter Don King’s upright quiff, although of course, I’m prettier than him by a mile!! Spooked! is available at the Salem Macabre Market & Gacha Gallows event, which is open from September 28th until October 31st. NEW.
Salem 2019

Zombie Head x 2 … made by Raya Jonson.
This was purchased on September 26th, 2019 on Second Life MarketPlace:
Zombie Head