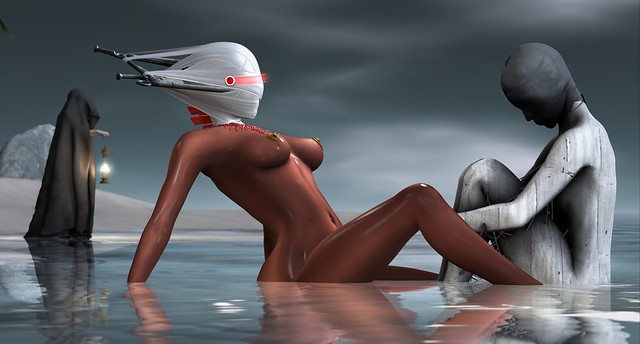 Well, I’m not quite sure if the “person” with the lantern could be called a friend but at least they are performing a friendly deed today!! 😀

So, here are the worn details for poor love lorn Alles – who is on the left, of course!

UC_Silent_Girl_mask_white_Maitreya … made by unitedcolorsteam Resident. Alles purchased this amazing headwear at the latest round of the equal10 event, which is open from October 10th through until November 10th. NEW.
equal10

Astara – Cyber Visor … made by AstaraBonnibelle Resident. Purchased at the previous round of The Liaison Collaborative, which finished on September 26th.
NEW.