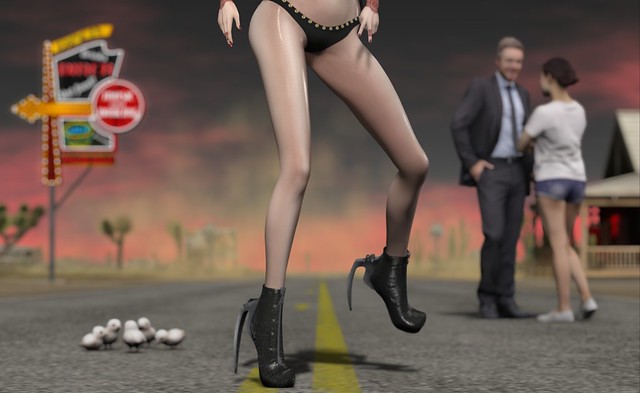 Anyway, this is how leggy Alles is kitted out and stuff.

MoRnemiR – “Li” bodysuit Black … made by IIIMoRnemiRIII Resident. Purchased at the latest round of SaNaRae, which is open September 26th until October 17th. NEW.
SaNaRae

The pose that I have used is FOXCITY. Red Hot-1m … made by Satomi slightly tweaked