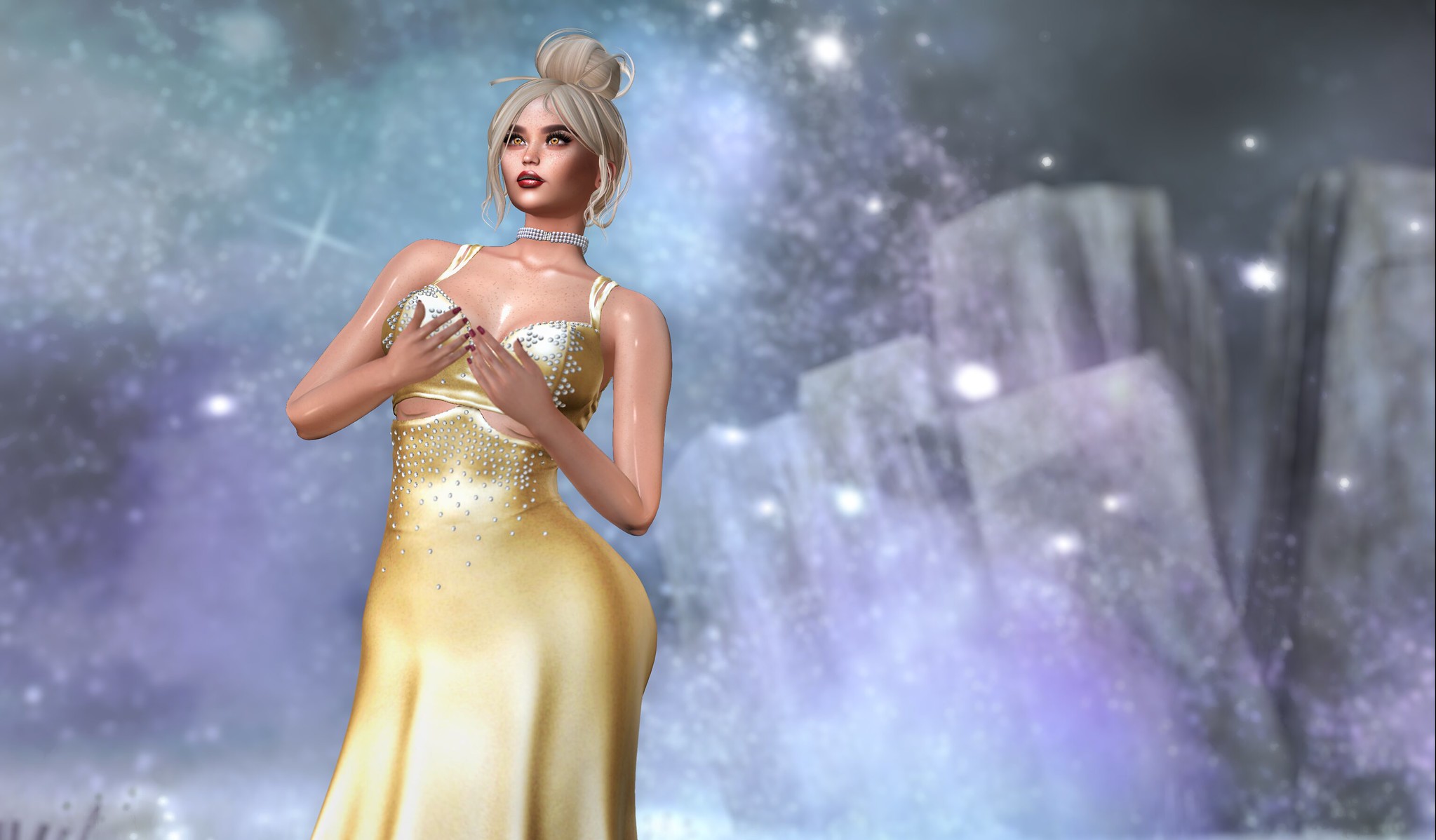 Baiastice_Kazan Dress-All colors-Maitreya … made by Sissy Pessoa. The super gorgeous Kazan dress is available now at latest round of Collabor88, which is open from August 8th right through until September 6th. NEW.
Collabor88

The sole prop that I have used is +Half-Deer+ Patch of Galaxy – Blue (Big) … made by Halogen Magic. Which is obviously the colourful mist-like backdrop to this image. Purchased at the latest round of Collabor88, which is open from August 8th right through until September 6th. NEW.
Collabor88

And lastly, the pose that I have used is SEmodeling-37 … made by Marie Sims.