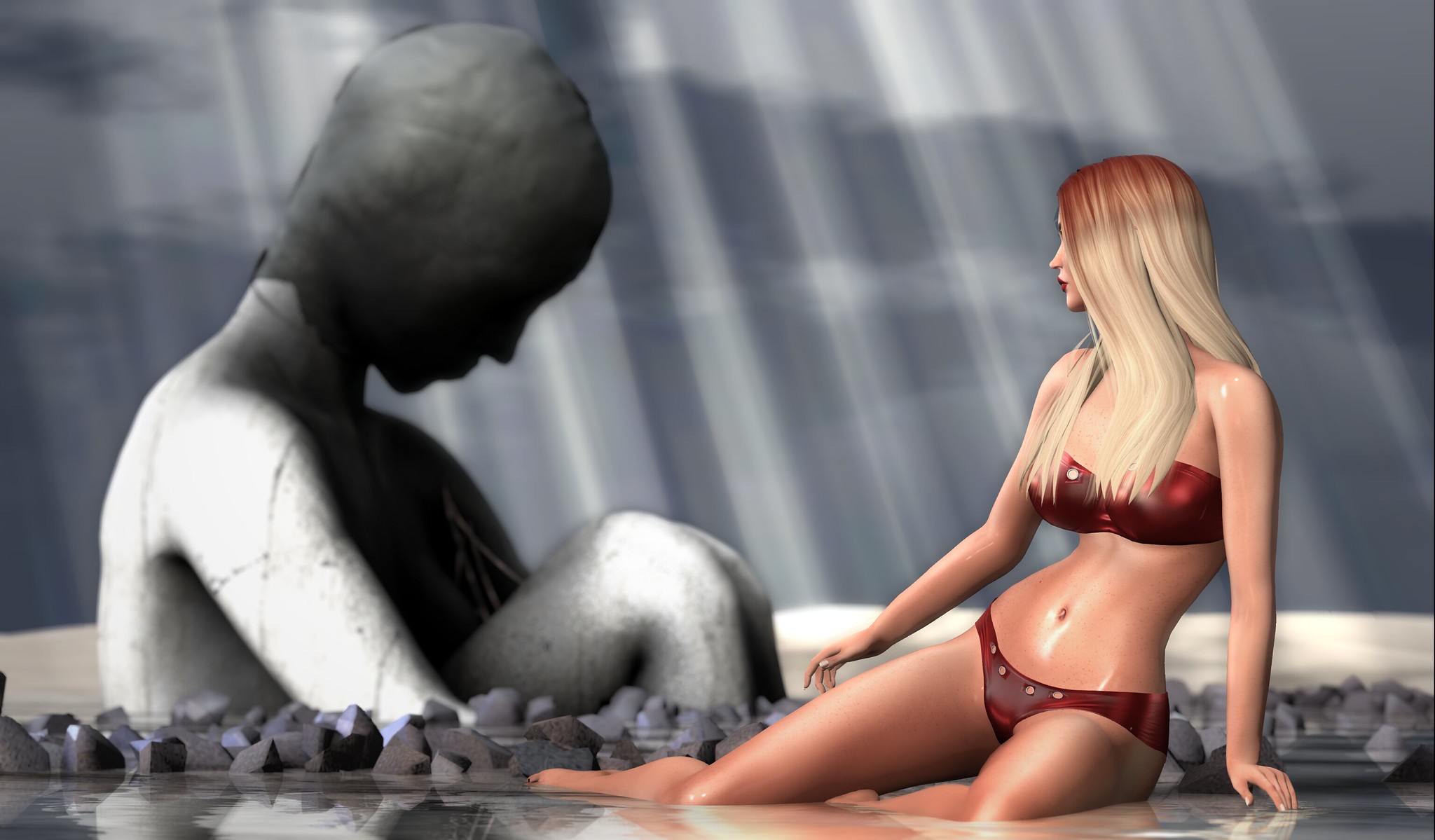 Tableau Vivant \\ Clarisse … made by M4ri1yn Magic. I am wearing the Clarisse hair in a tone from the Fades pack. The Clarisse hair is available now at the latest round of KUSTOM9, which is open from August 15th until September 9th. NEW.
KUSTOM9

FOXCITY. Photo Booth – Lost City … made by Satomi Masukami. Actually not very much of this prop remains in this picture as I have taken the photo booth apart prim by prim and all you can see after that “deconstruction” is a pile of rocks behind me.

The pose that I have used is Lyrium. Jasmine Pose 5 [m] … made by Ni Avril. This pose has been slightly altered by me by using my Animare HUD. I purchased the Jasmine Pose series at the La Vie en Pose event in July 2019. NEW.