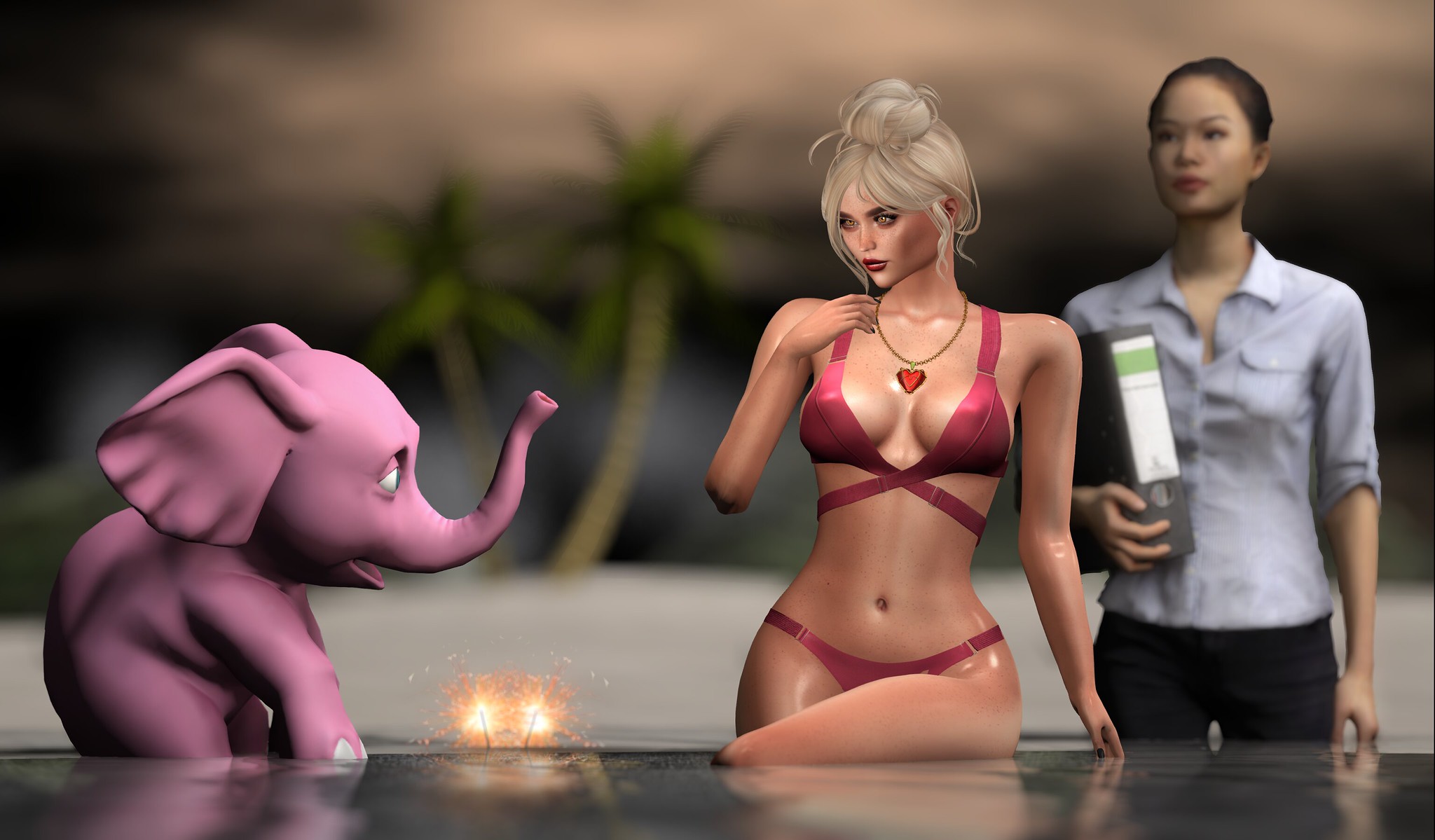 Between me and the elephant, of course!! 😀

Pachielli – Sarah Cris Cross Bikini Hot Pink – Lara … made by Pachielli Resident. Purchased at at the latest round of equal10, which is open from August 10th through until September 5th. NEW.
equal10

Amitie Double Sparks 04 – Add Me … made by BELEN Ackland.

YO_V.woman-004 … made by marissayo Resident.
This was purchased on Second Life MarketPlace in June 2018 for 85 lindens.
Available here:
MESH PEOPLE – YO_V.woman-004 –