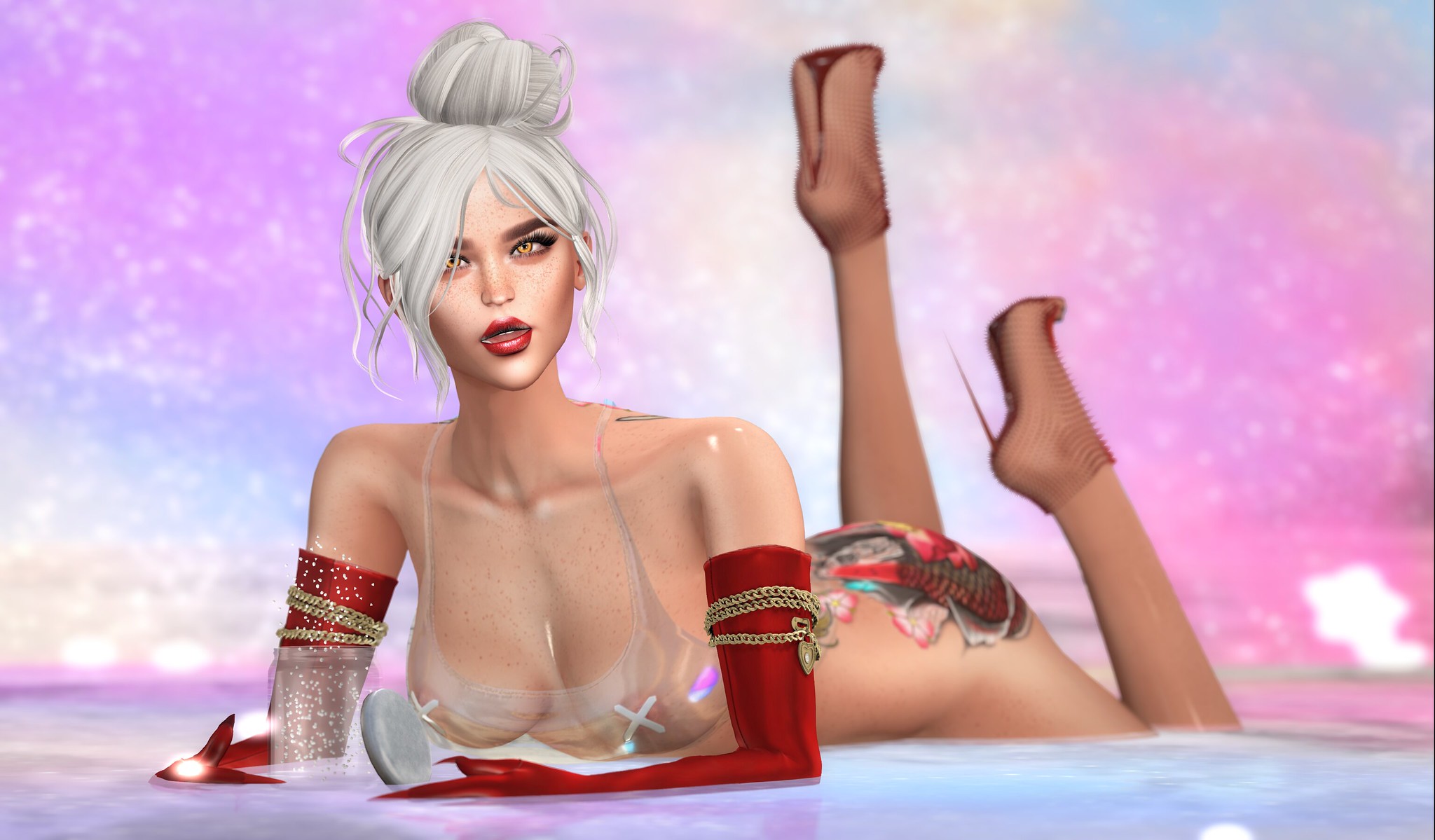 Nevertheless, this is how Alles has styled herself today from top to toe.

A.T cute devil tattoo … made by ta7am Resident. This is the devilish chunk of ink that is on my back and my derrière. This was purchased at the very latest round of The Darkness event which is open from August 5th through until August 28th. NEW.
The Darkness

E.V.E SCORPION Heels Red Blood [MAI] … made by Noke Yuitza.
Purchased at the Feverfete event, which sadly finished up on August 3rd. NEW.

DISORDERLY. / Sparkle Jars / Stack of Jars … made by Rogue Falconer.

The pose that I have used is Kokoro Poses – Kazumi 3 (Mirror) … made by AyraEdring Resident.