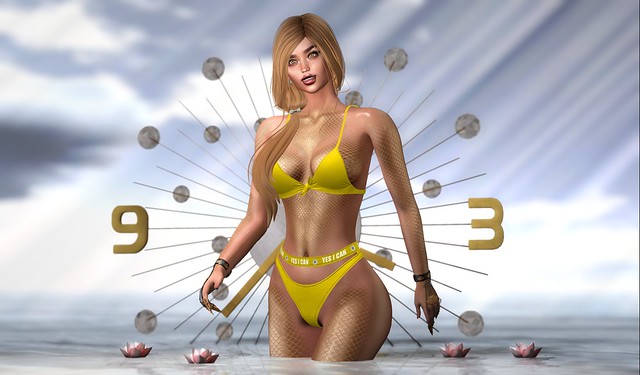 MINA Hair – Cienna … made by Mina Nakamura.
I am wearing this long hairstyle with a side ponytail in a tone from the Blonds pack. Cienna was first available at the debut round of the Belle Event in February 2019 but can now be purchased either inworld or here on Second Life MarketPlace.
MINA – Cienna – Blonds