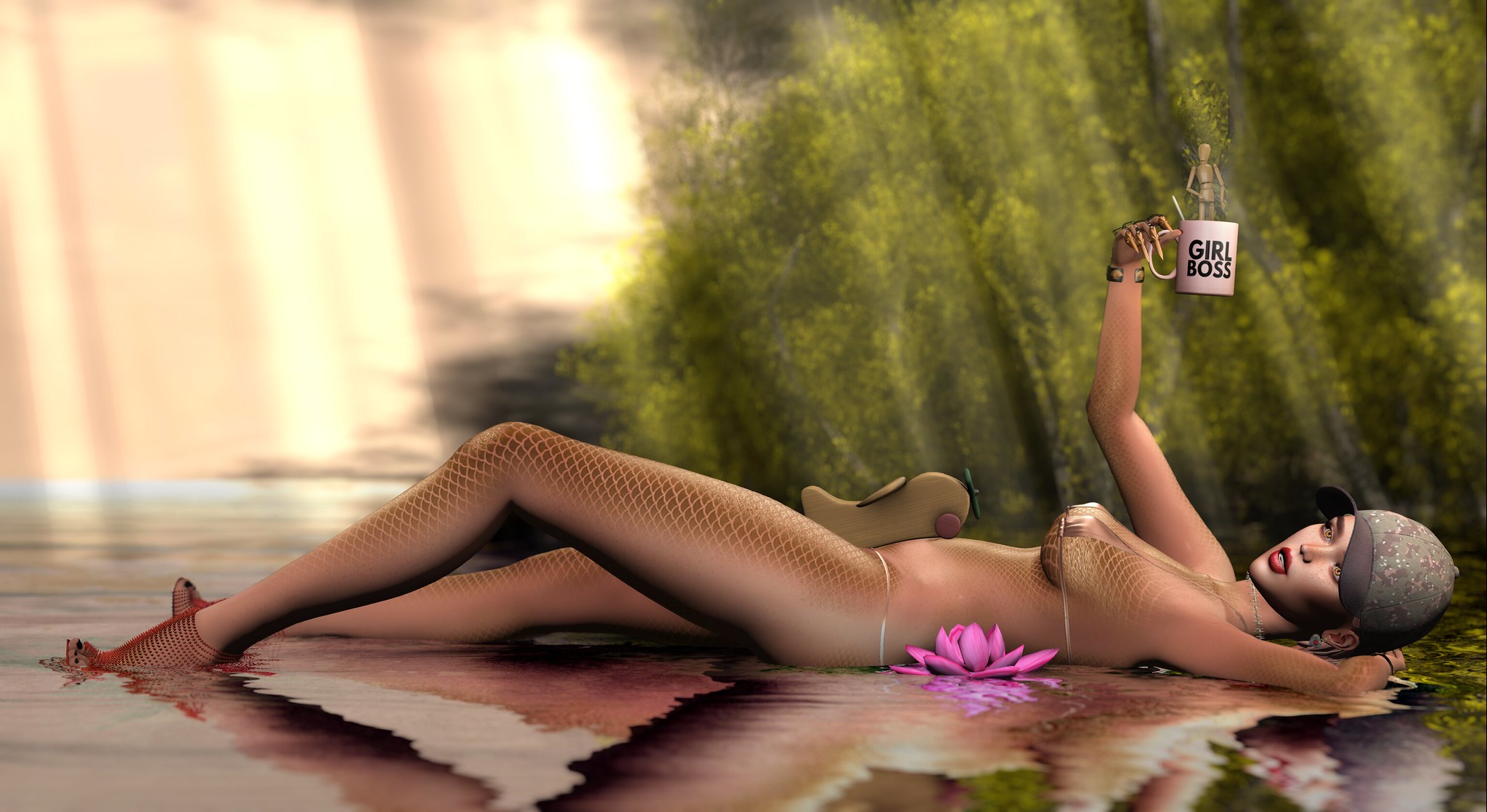 In fact Alles is the Girl Boss today, despite what my minions might think. 😛

[ west end ] Shapes – Sheila (Lelutka Vera Bento) Lara … made by Tawny Dinzeo. This shape was available at the most recent round of the Curves event, which finished on July 24th. NEW.

The pose that I have used is KwK.poses -attitude- 023 … made by kiana Jarman. However I modified this pose inworld by using my Animare HUD.