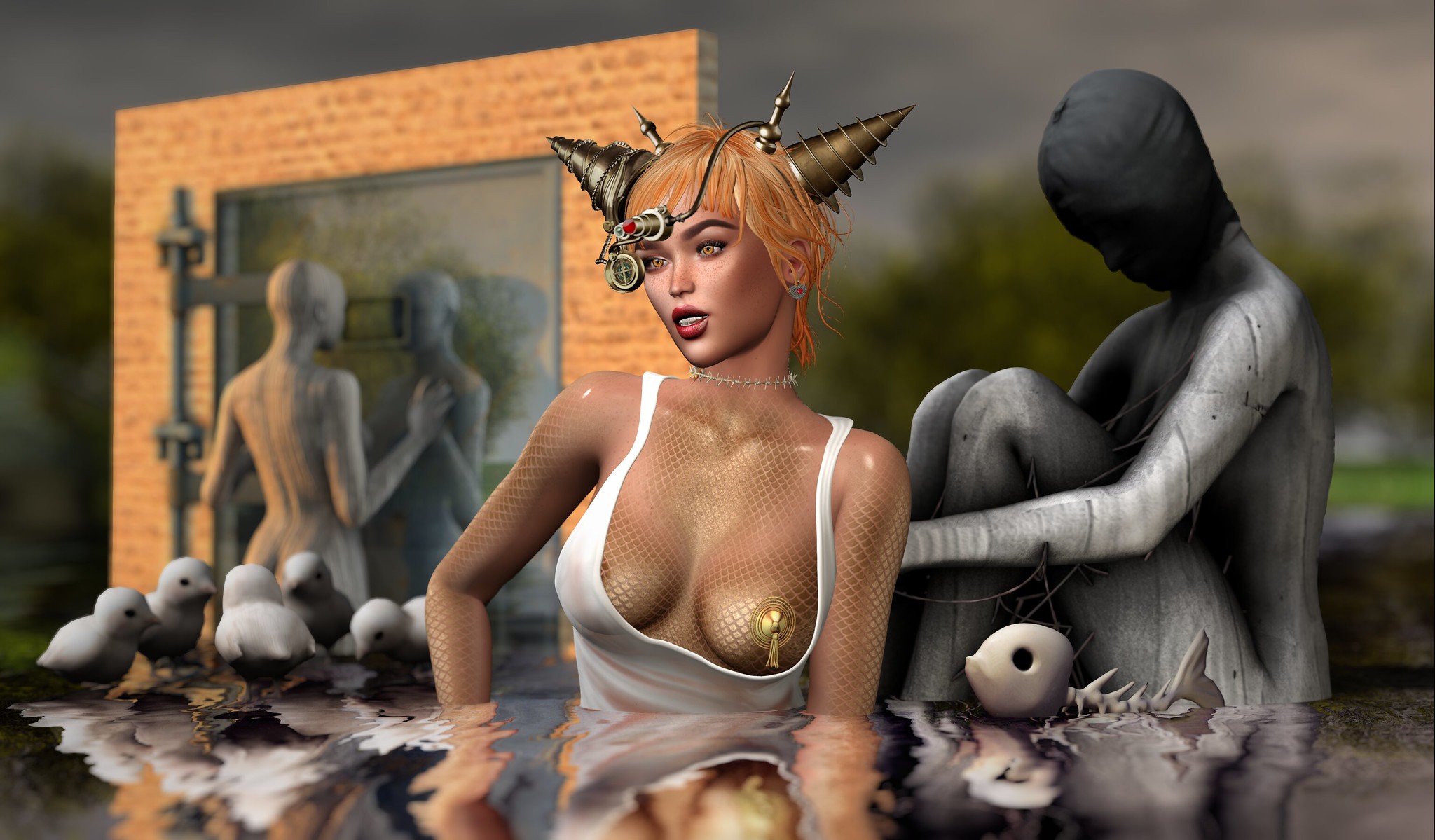 tram I0528 hair … made by moca Loup. I am wearing this gorgeous short hair in a tone from the FatpackExclusive pack. The I0528 hair was available at the previous round of Collabor88, which finished on July 6th – but it is now instore. NEW.
tram@Minnaloushe

Scandalize. Plastic.Lara … made by Yanikka Resident. I purchased this rather skimpy and definitely wet dress at the January 2017 round of the Kink(Y) Event.

The pose that I have used is .Nomore. Catch me 9 … made by ladygabby Resident.