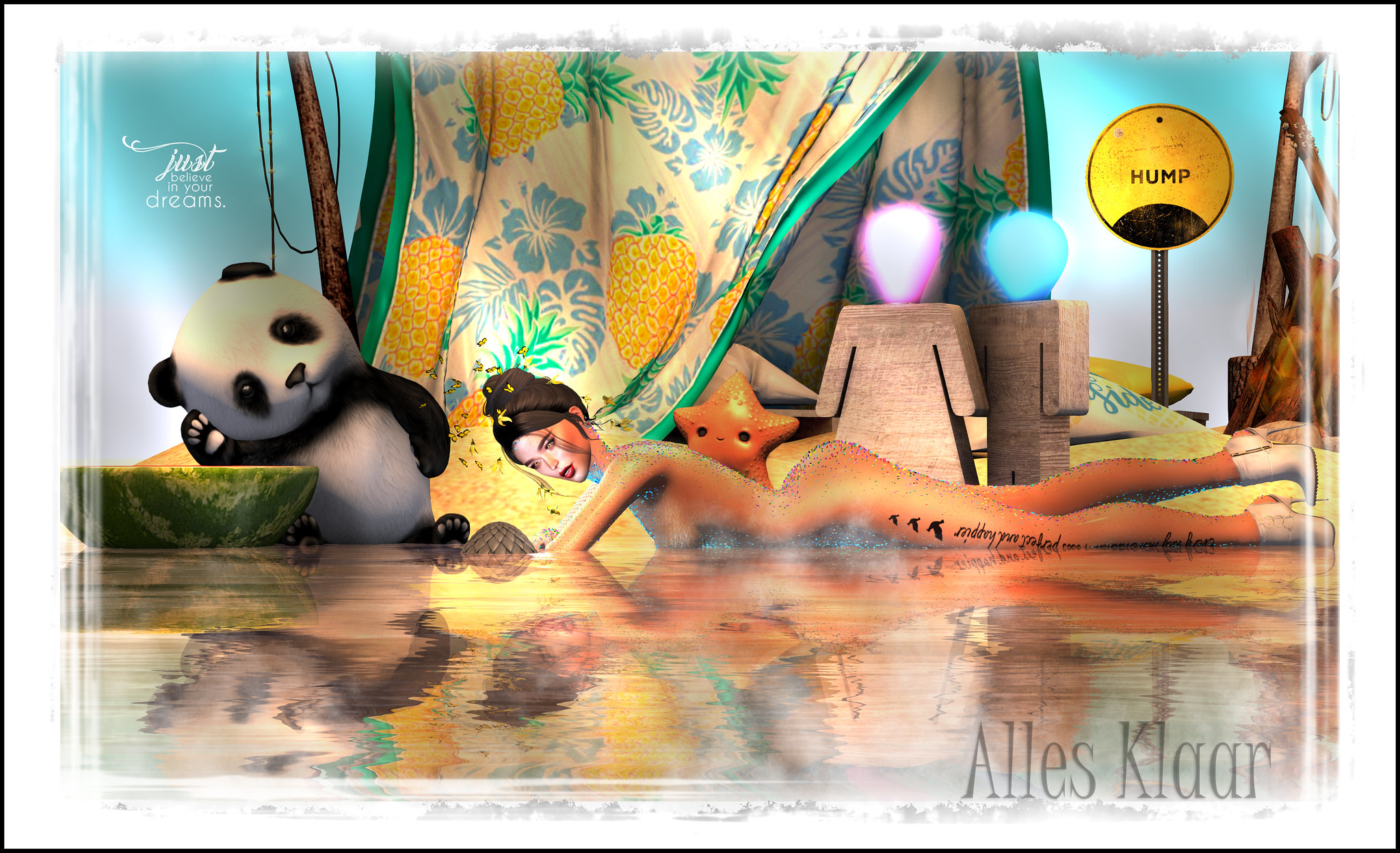 Tableau Vivant \\ Summer Bummer hair … made by M4ri1yn Magic. I am wearing this updo hair in a tone from the Black+White pack. The “oddly-named” Summer Bummer hair is available now at the latest round of Collabor88, which is open from July 8th through until August 6th. NEW.
Collabor88

Every Day Leg TaTToo [CAROL G] Maitreya … made by Carolina Gaelyth. Purchased at the Curves event, which is open from July 3rd through until July 24th. NEW.
Curves Event

Astralia – Summer love campfire (pg) *Exclusive FLF* … made by Astralia Resident. This is available as a Fifty Linden Friday item for today only at the Astralia mainstore.
Astralia & SAVAGE