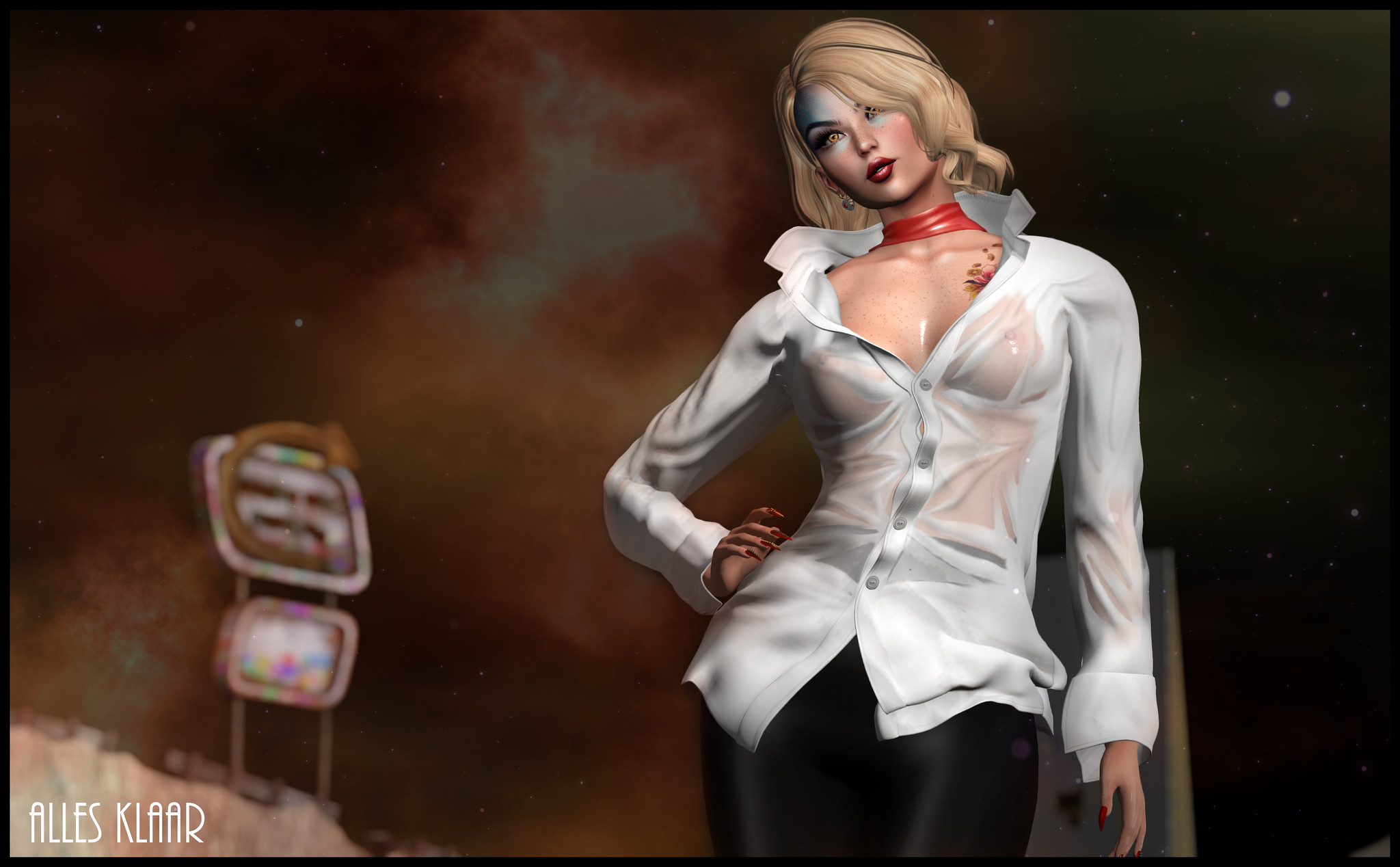 But in the meantime, let’s check out what I’m wearing.

Tableau Vivant \\ MinaPina hair … made by M4ri1yn Magic. I am wearing this kinda retro-styled hair in a tone from the Reds pack, although once again I have more of a strawberry blonde appearance than that of a true redhead. The MinaPina hair is available now at the latest round of KUSTOM9, which is open from June 15th through until July 10th. NEW.
KUSTOM9

The pose that I have used is SEmodeling-283 … made by Marie Sims.