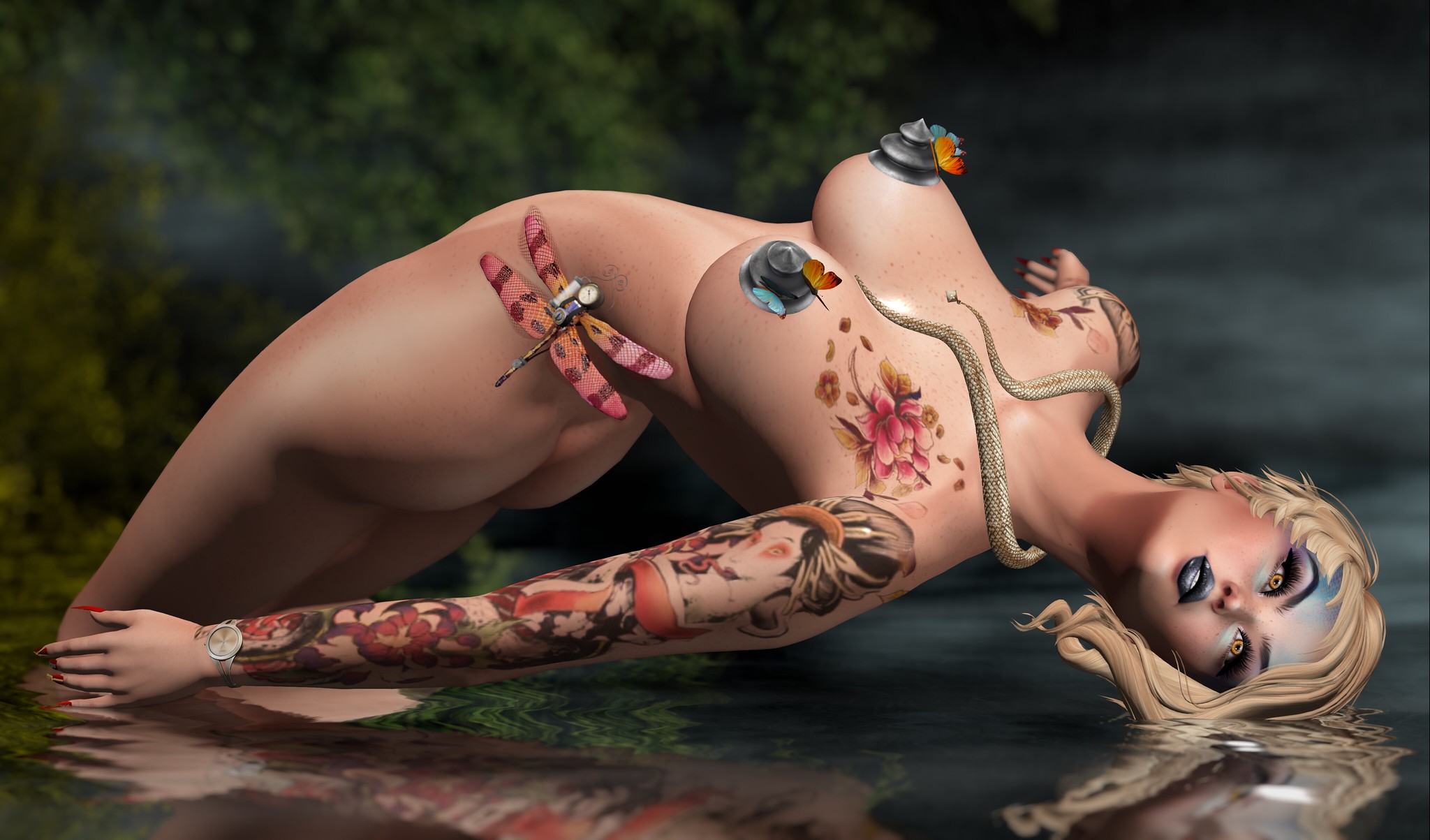 Tableau Vivant \\ Esperanza hair … made by M4ri1yn Magic.
I am wearing this cute short hair in a tone from the Reds pack, although truth be told this is more a strawberry blonde variant of red. The Esperanza hair was available at the previous round of Collabor88, which finished on June 6th. NEW.

The sole prop that I have used is [LWL] Charged-up Dragonfly … made by Faint Paulse.