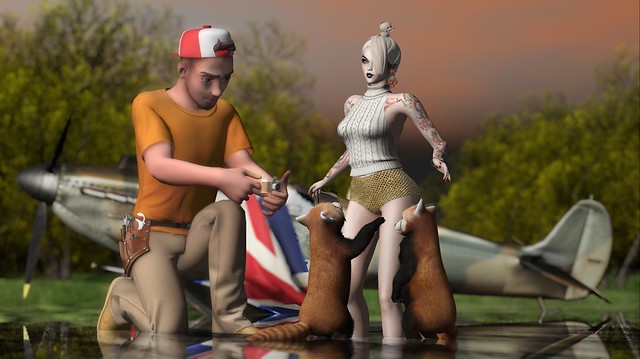 Because I have a plane to catch!! 😀

Opale . Hailey Hair [Rigged] … made by TonyaMilavskaya Resident. I am wearing this chic updo in a tone from the Blond pack. Purchased on May 31st, 2019 during the 50% off sale at the Opale Mainstore – which will finish on June 2nd, or just after.
Opale Mainstore

LaGyo_Ines Earring – Summer L … made by Gyorgyna Larnia.
This is one part of a pair of Ines earrings that I purchased at the latest round of FaMESHed, which is open from June 1st through until June 27th. NEW.
FaMESHed