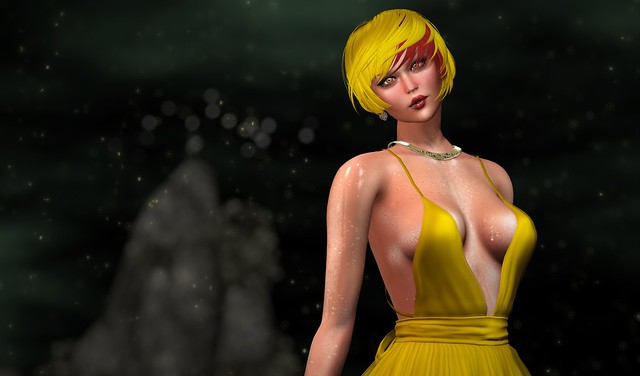 Cos someone loves me!! 😀

Loved Alles is wearing this kit on her very yellow day!! 😀

.Shi Hair : Ruach . Neon … made by Joy Laperriere. I purchased this avant-garde hair at the previous round of Uber, which finished on March 22nd. NEW.

The sole prop that I have used is {anc} chemical sparks {sodium yellow} 1Li … made by aki69 Resident.