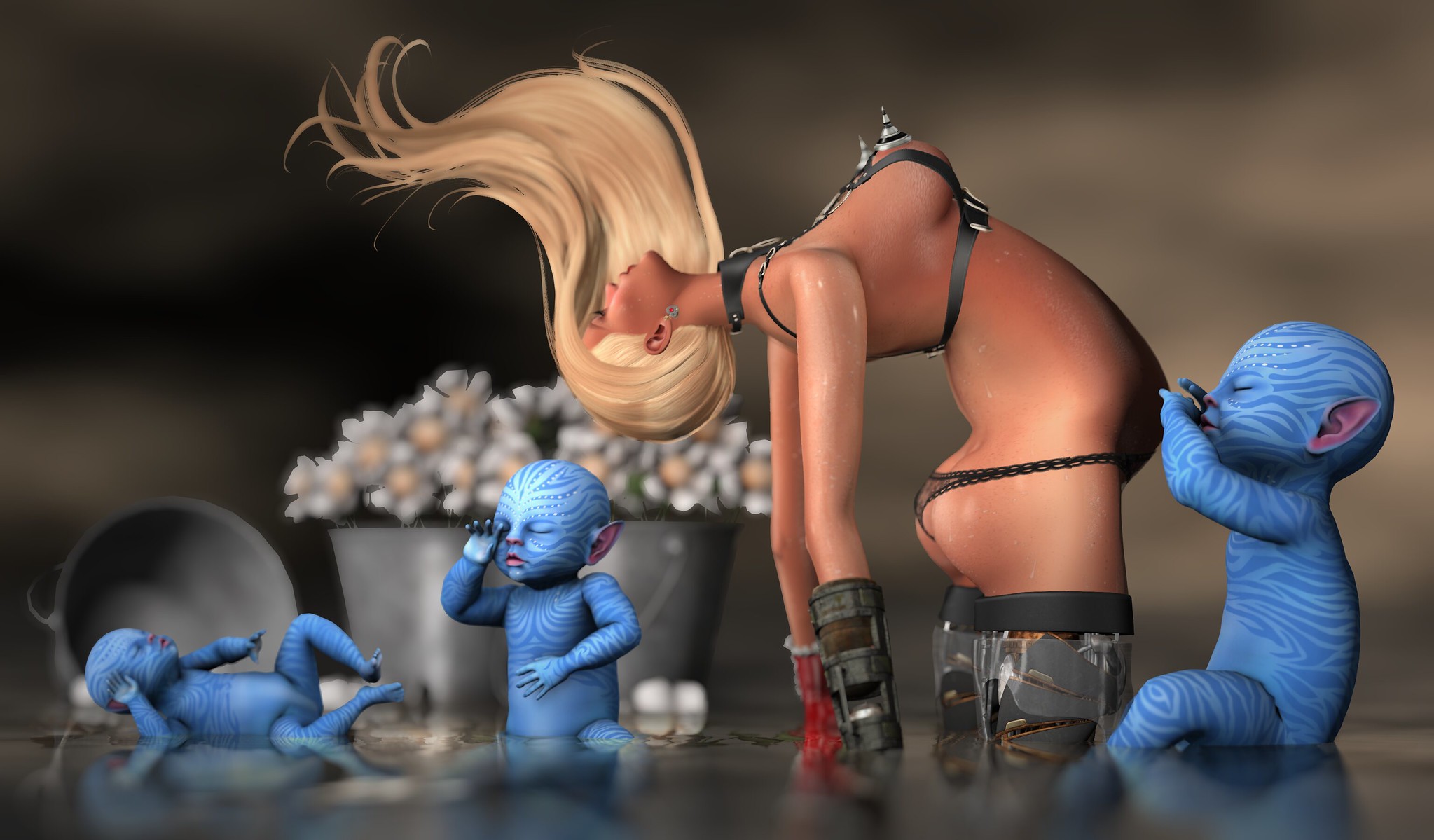 There is one more of my beautiful blue babies to arrive … but lordie, who exactly is the father? 😀

: CULT : Havoc Harness – Maitreya … made by Cultxx Resident.
Purchased at the previous round of KUSTOM9, which finished on March 9th. NEW.

DISORDERLY. / Wood be Spring / Buckets / White … made by Rogue Falconer.

The pose that I have used is HERA – Possession Bento Pose Set. 6 … made by MidnightMistxX Resident.