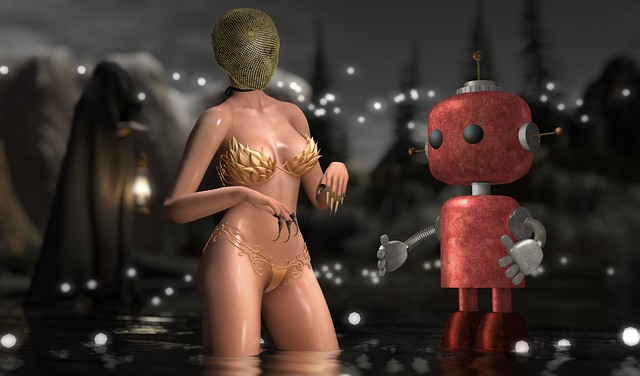 DISTURBIA MASK RIGGED [NON-BENTO] … made by MrsHoodRoyal Resident.
Purchased in January 2019 at the QUEENZ store inworld.

Serenity Style- Tiny Heart Robot -RED … made by Hanstrid Inshan.
This was a gacha purchase at the December 2016 round of Shiny Shabby.

The pose that I have used is SEmodeling-433 … made by Marie Sims.