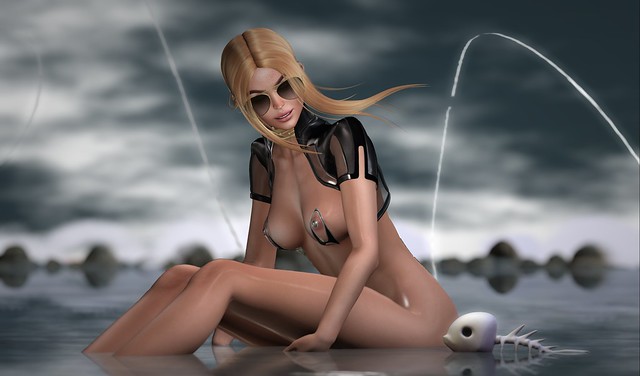 And naughtier too – cos I don’t have to worry about going for a dip whilst wearing only the skimpiest of bottoms!! 😀

As for the kit that I am wearing now, this is how I am dressed from top to toe.

Tableau Vivant \\ Indoor/Outdoor … made by M4ri1yn Magic. I am wearing this hair in a tone from the Reds pack. Indoor/Outdoor is available now at the current round of Collabor88, which is open from January 8th through until February 6th. NEW.
Collabor88